Winter in Japan is harsh. Compared to NZ anyway. The winds are strong, the snow is heavy, and the roads are icy. It’s a nice change of environment when March comes around. When winter changes to spring.

I hadn’t actually planned to shoot cars this day. I was hung over from a long night out the day before, so was just going to take it easy. A short walk to a temple on top of a hill, then grab some lunch and eat it at the port.

As I turned up to the port, I noticed my friend was there. Wasn’t sure why, until he told me that a few cars will be meeting up in the afternoon. With that in mind, I decided to eat much lunch and cancel my afternoon plans to see what the day would bring.

About 15 or so cars turned up over the day. Some that I’ve seen before, and some from neighbouring cities that were new to me. I didn’t recognize around have of the cars. Even after living here for 2.5 years, new cars appear out of the blue.

Because winter had just finished, my car was still in winter mode. Very high and snow tyres. I was a bit embarrassed by all of these cool cars, these fine examples of shakotan. 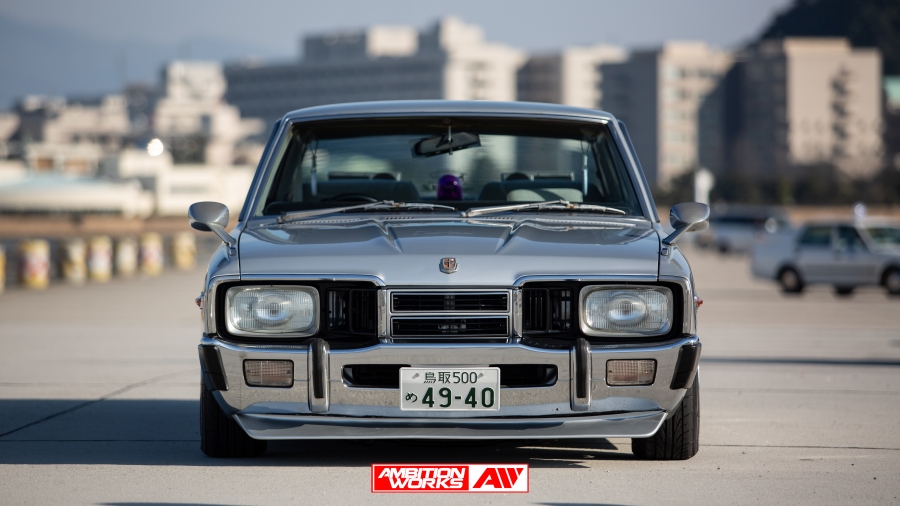 I decided to go back to my house, grab my tools, and raise my car up by the port while I was hungover. Let me tell you, that is not a good idea. Once I had finished though, I felt like I could park over by the cool kids. 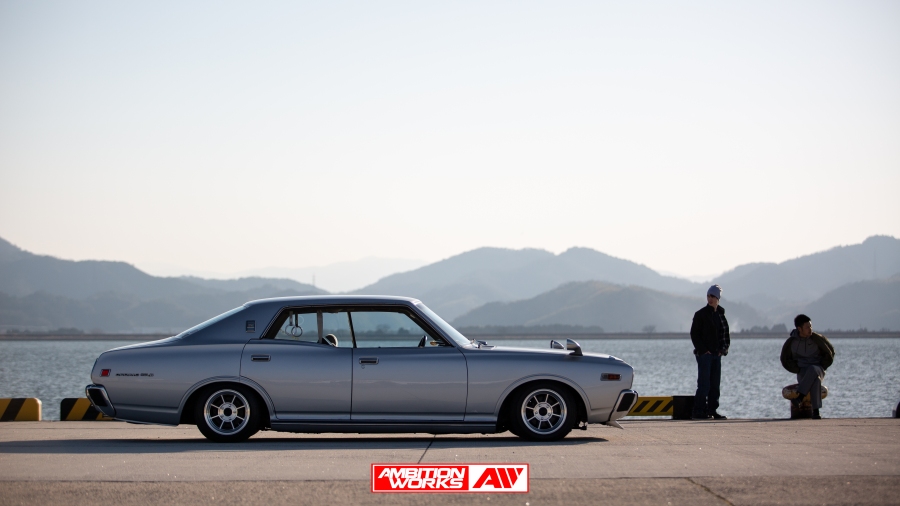 This has to be my favourite photo of the day. It reminds me of the scene from Tokyo Drift where the two old men are fishing and watching the drifting. Doesn’t it have the same vibe? 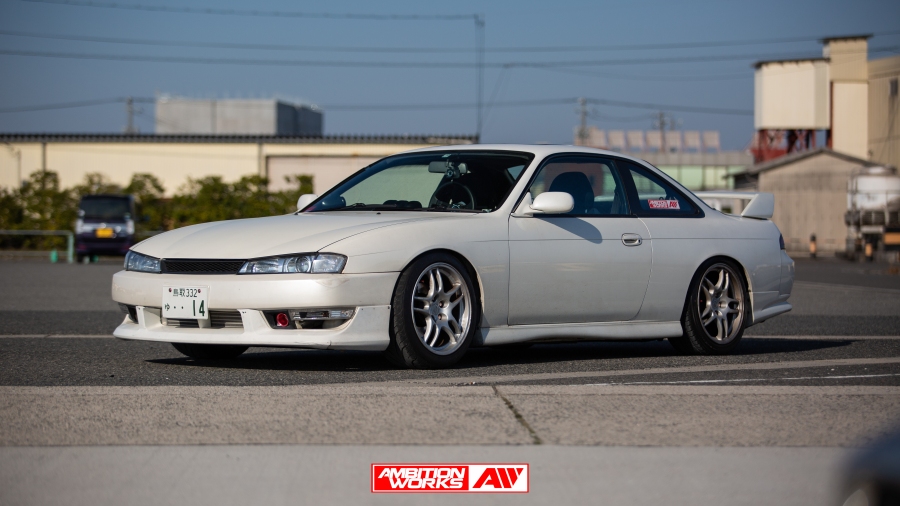 And then I took a few photos of my car. It was still dirty from not being washed all winter. Too cold to go outside, and then it would just get dirty again the next day. From memory, I dropped the front about 40mm and the rear about 60mm. I think this is the perfect height for daily driving. 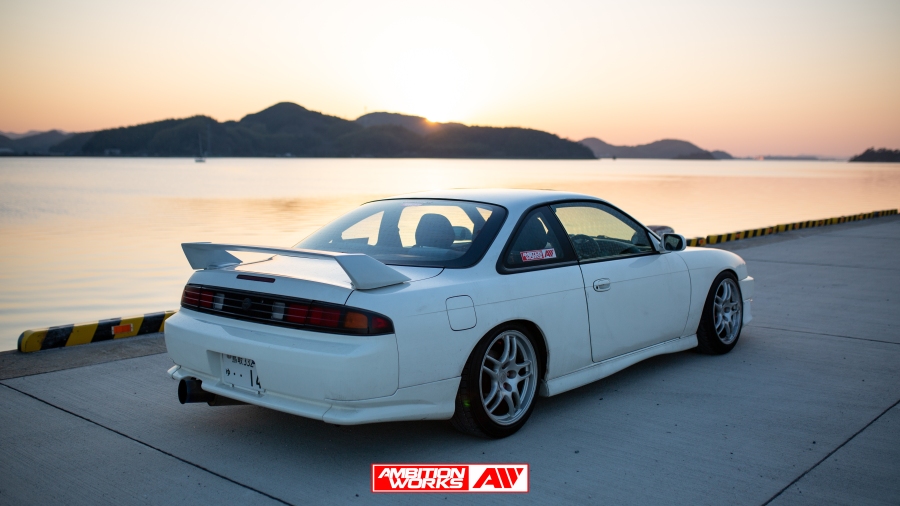 But, when I go drifting I need to raise the front about 20mm or so, otherwise, I get a nice rub rub rub on my fenders. It doesn’t feel great. Once it’s raised a bit there is no rubbing and it also gives me a bit of clearance in case I come off track.

Is that an S15 with different colour body panels? Oh my gosh, it exists in Japan too. 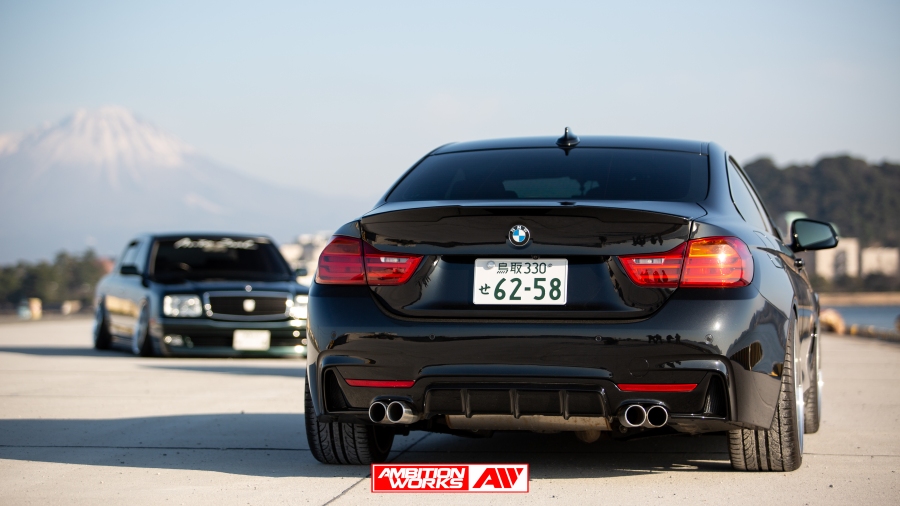 Away from all the younger people, some of the older enthusiasts were chilling out. They are very into their cars looking A+ all the time. I’m sure you can see just how gorgeous these two cars look.

Or how about a fully gutted Honda Civic? Every now and then I look on Yahoo Auctions, and somehow these end up on my screen. Not cheap anymore for a nice example sadly.

His and Hers? At least I think they were a couple.

And here we have it. Probably the most bad-assed car in my city. Yes, it drives around like this. It’s much cooler to be running static coilovers than bags apparently, even if you destroy your chassis in the process. 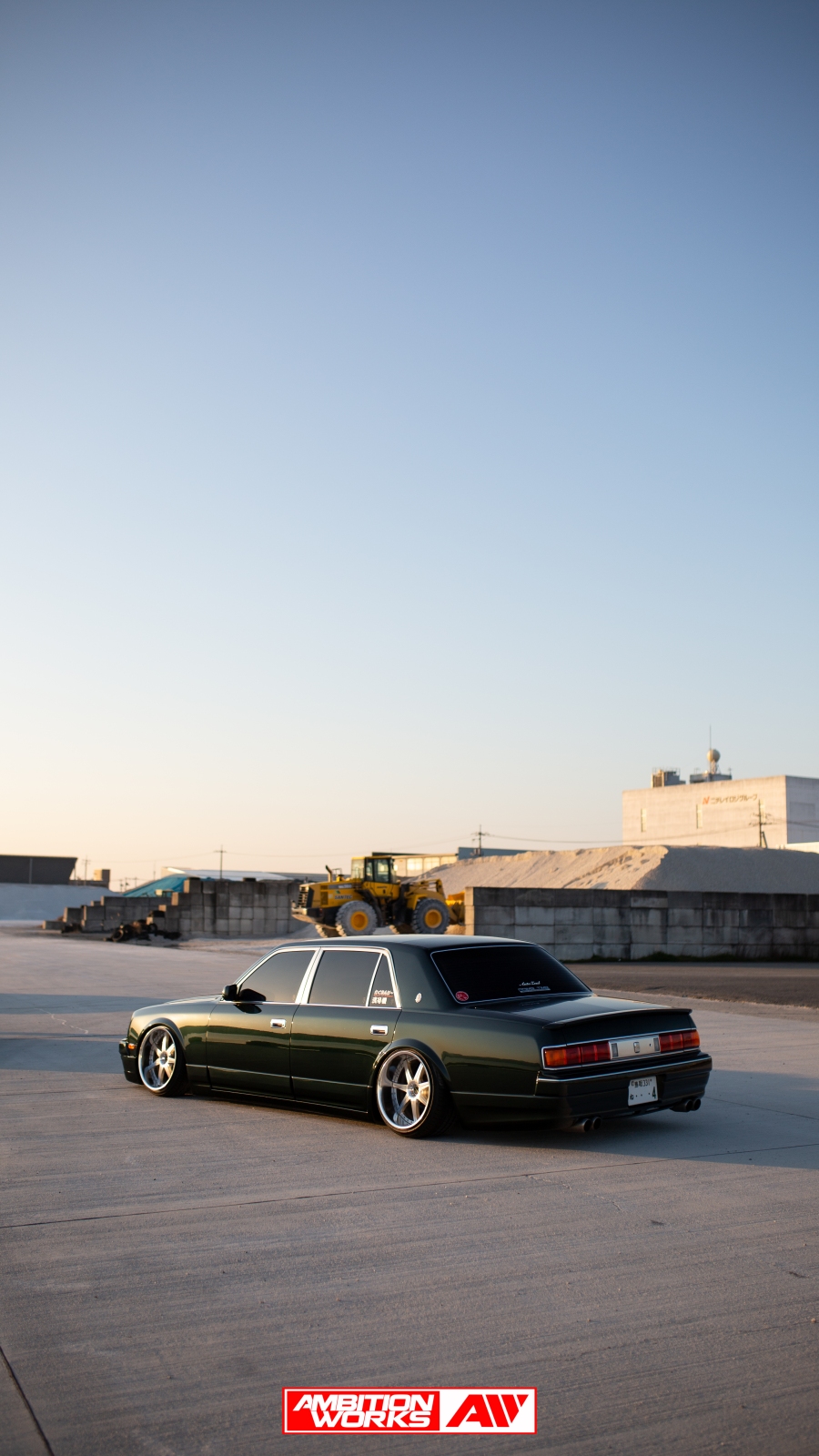 The sunset bouncing off the dark green paint is like something out of a painting. Hopefully, we will see some nice examples coming out of their parking spots this spring and summer to enjoy the HOT weather that Japan so happily gives us.