Golden Week is a time in Japan where the whole country comes to a standstill, for a few consecutive days off from work. This year, I planned my Golden Week adventure nearly identical to last years. One of the same events that I went to was at Meihan Sportsland. 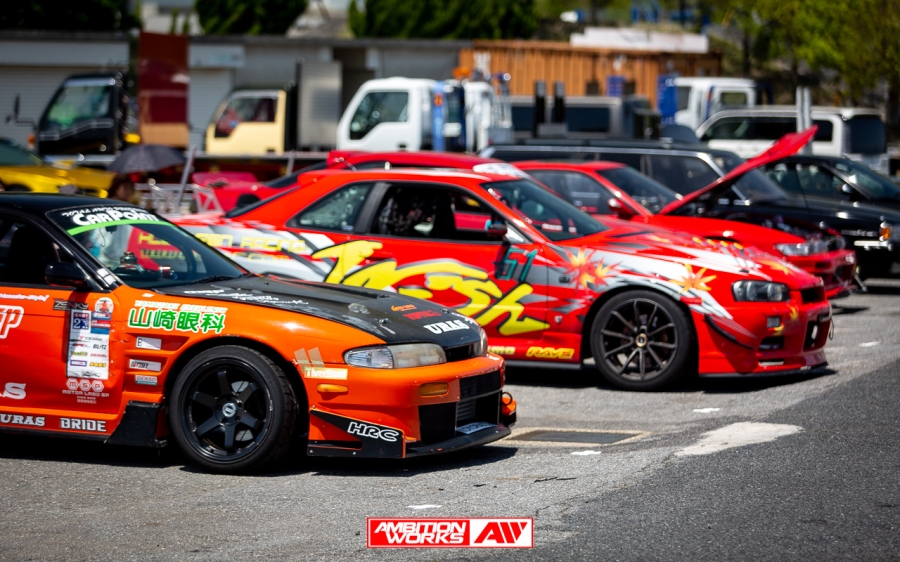 The usual organiser, Hitomi-san or Hitomi-Go, had hired the track and brought along some of the best drivers from the region. The cars were bright, with stickers plastered everywhere. 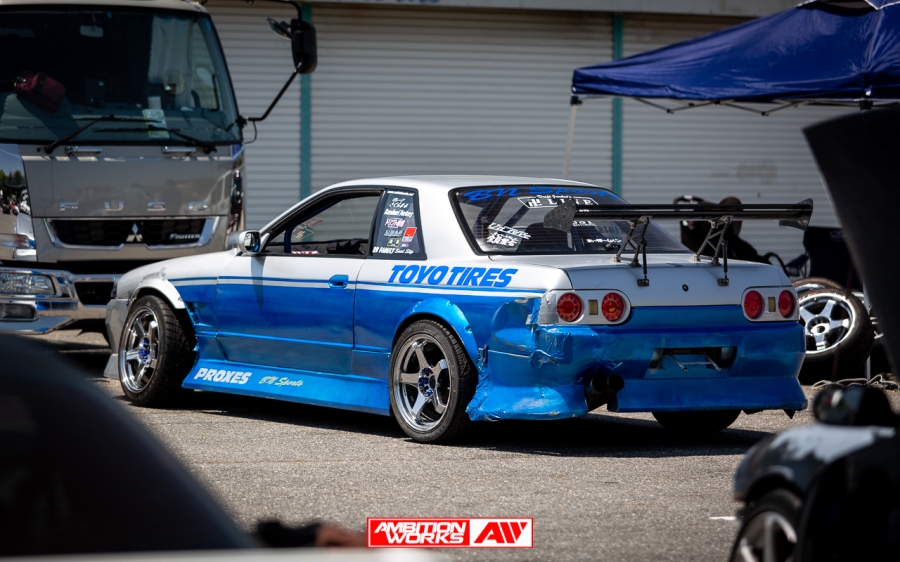 I like Meihan because it’s a small track, I don’t have to walk far, and you can see everything from the pits or the grandstand. Before I parked myself up on the seats for a while, I had a look around the pits to see what kind of cars would be drifting that famous first entry. 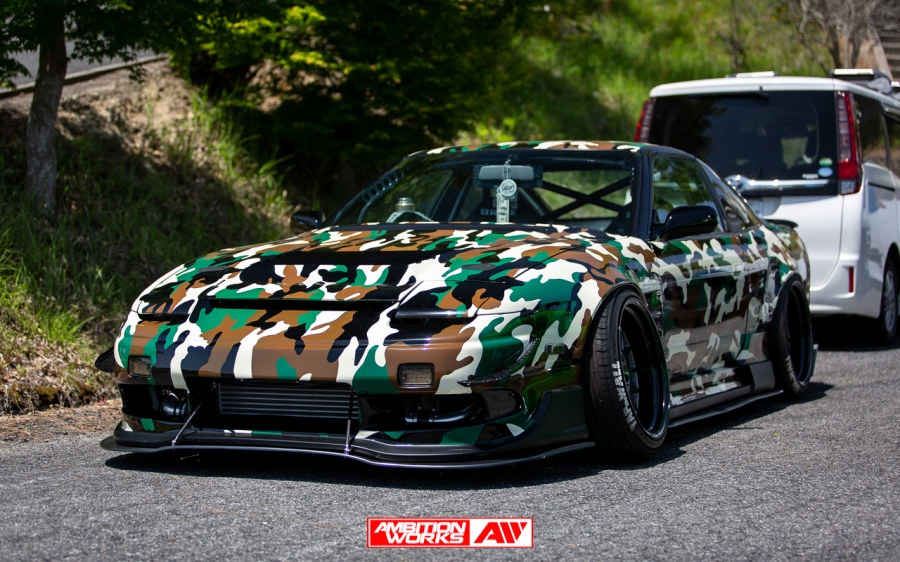 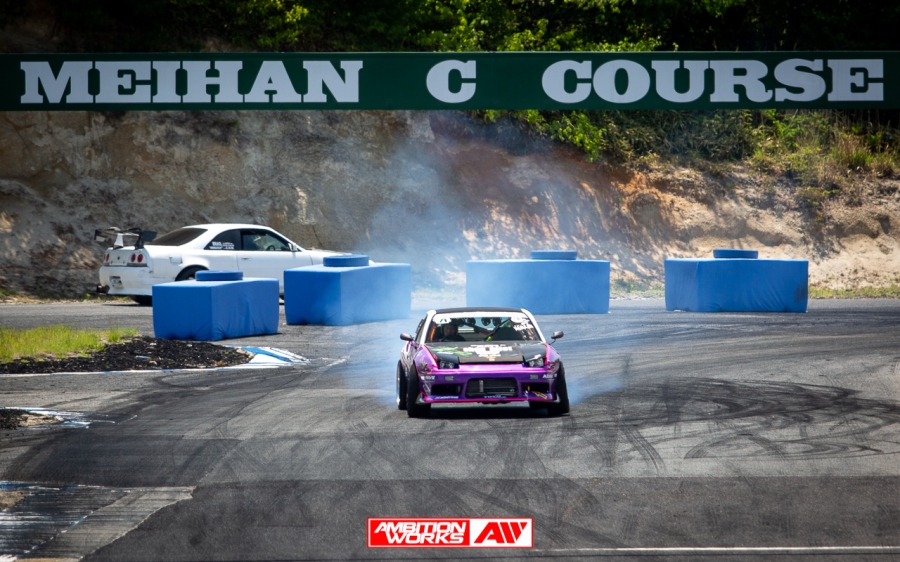 There are a few courses at Meihan, the most famous obviously is the C Course. The one that has the terrifying concrete wall, the entry that claims more cars than I’ve seen anywhere else. Even at Bihoku, it’s not that common for drivers to come off on the first corner. 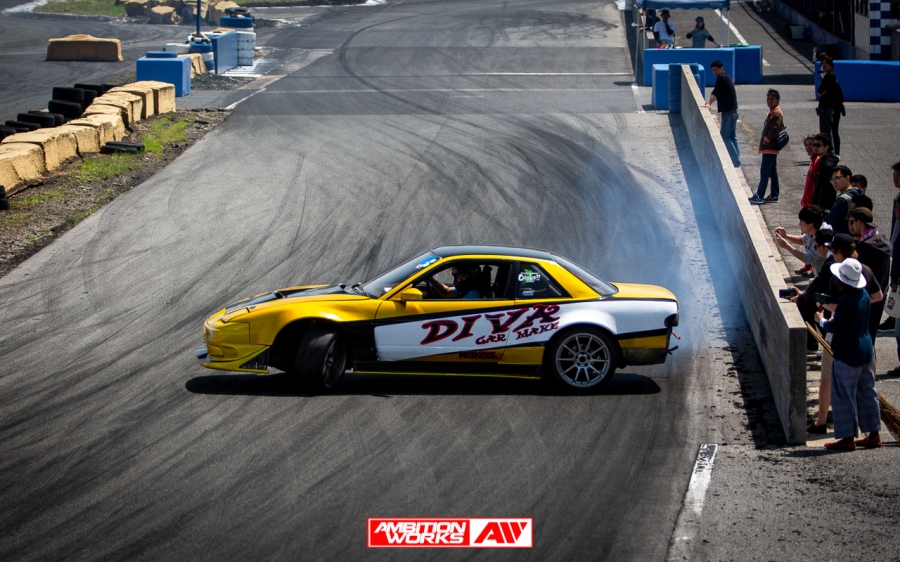 I absolutely love how it’s 2018, but still, people can stand only centimetres away from the cars as they aggressively switch from side to side. Sitting on the seats it doesn’t actually look that scary. But when I was down there, I couldn’t help but step back every time a car came past. 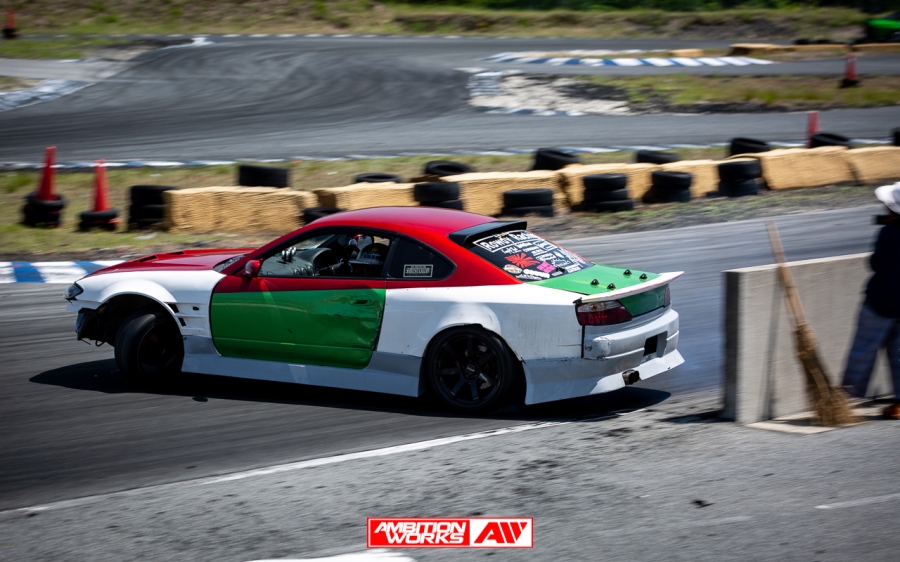 The most aggressive driver of the day was piloting this green/red/white/grey S15. Run after run was as aggressive as you could get, with the bumper on the wall each and every time. 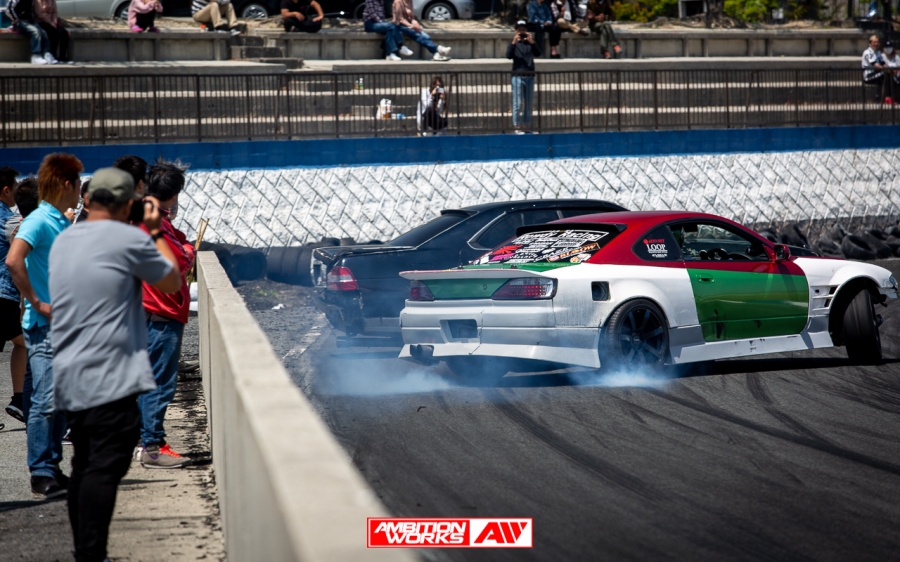 Later in the afternoon, I started to see a few more tandem runs. The first corner is more than a 180-degree turn, which means that there is lots of time to jump on the car in front. 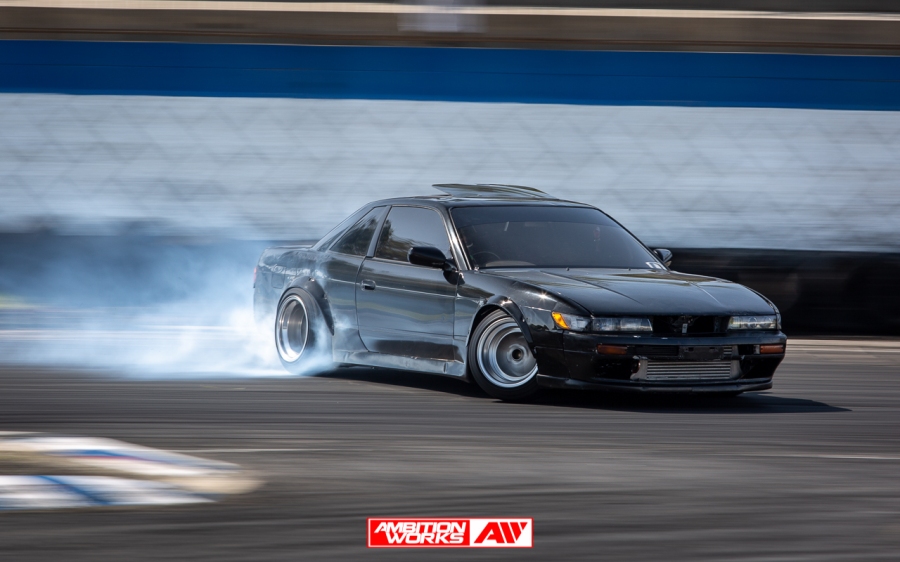 My favourite car from the day would have to be this S13. It was just oozing style. The small wheels and the fully blacked out body looked as stylish as ever. And then the talent, that too was up there with the better drivers at Meihan. 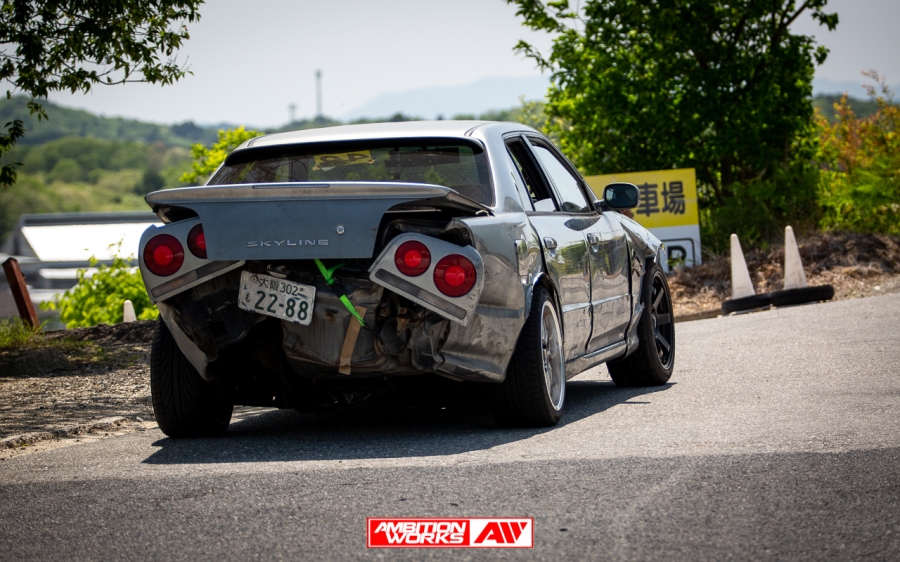 At the end of the first corner though, sometimes, just sometimes, you may misjudge your entry and flick. Then you’ll be saying hello to a car a few centimetres shorter than from the factory. But hey, it’s all part of the fun, if you don’t make mistakes, you’re not learning, right?