The weekend was finally upon us, DClub GP and C’s Garage in collaboration with Stacked Inc. had managed to summon the drift legends Naoki Nakamura and Miki Takagi of the infamous Team Burst to our shores. The opportunity to see these two drivers tear up our local tracks was something we were all eager to witness. 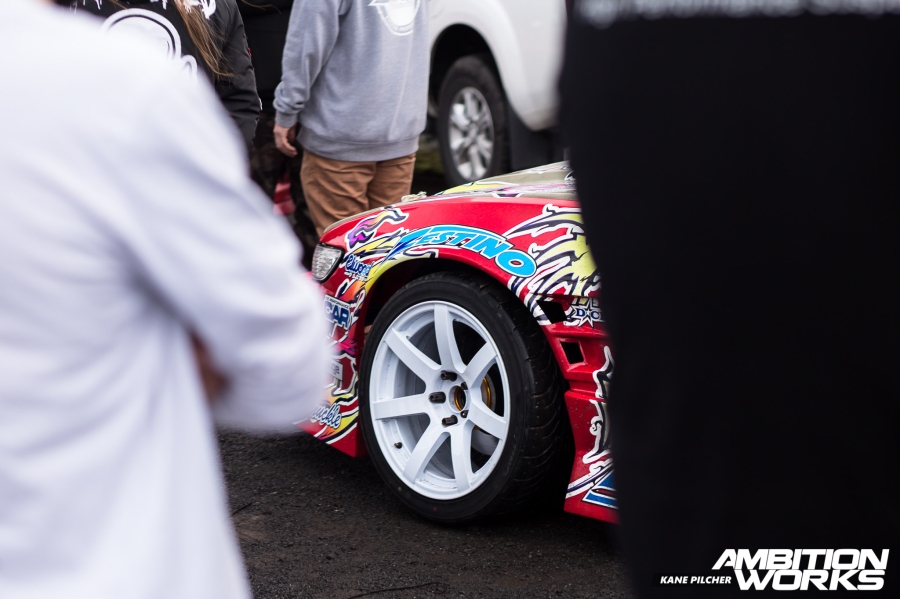 The Saturday was organized as a “Driving Workshop” based at the very much grassroots drift section of Meremere Sportsland. This would allow drivers to be able to pick up skills and advice from arguably one of the best drifters in the world, something you would normally have to make the trip over to the motherland of Japan to even hope of receiving. 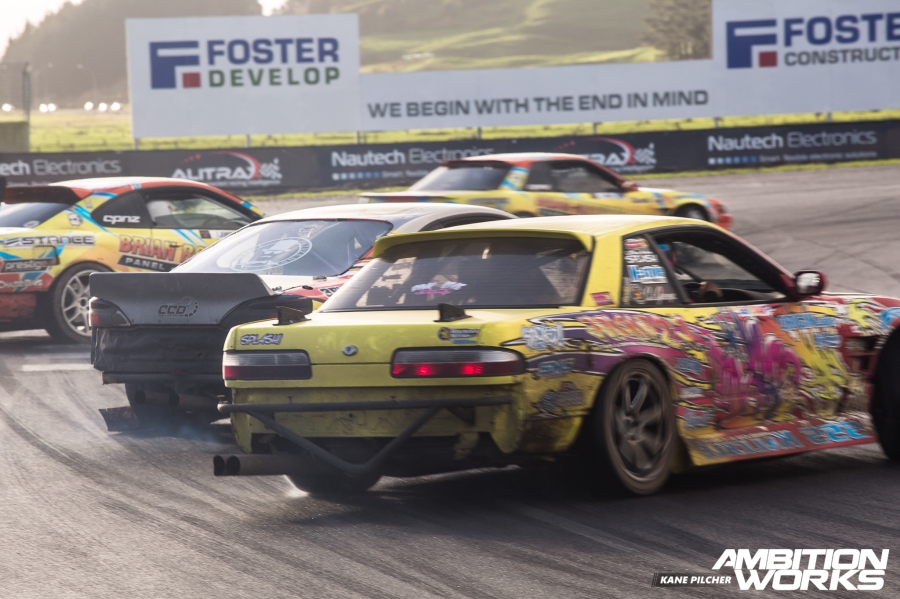 The Sunday, on the other hand, was a day for the intermediate to advanced drivers to ride door to door with our Japanese friends, in what was undoubtedly a mix of chaotic drift trains and mind boggling reverse entries. Taking place on the recently completed Hampton Down’s Club Circuit, which let spectators get close enough to be coated from head to toe in a mixture of rubber and mud each time someone ran close enough for a dirt drop on entry. 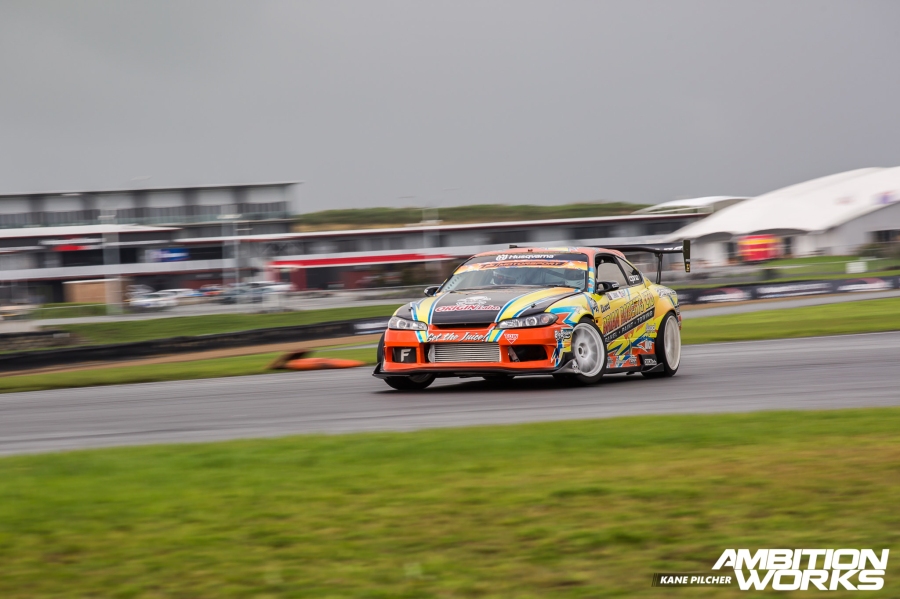 A gloomy forecast was predicted to blanket the entirety of the weekend, but a little rain never hurt drifting and it sure as hell wasn’t going to stop the weekend from going ahead. An early start in order to make the hour or so trip down to Meremere and Hampton Down’s, had me greeted with thick fog and the early signs of a downpour. Not the weather we had hoped for but excitement levels remained completely unaffected. 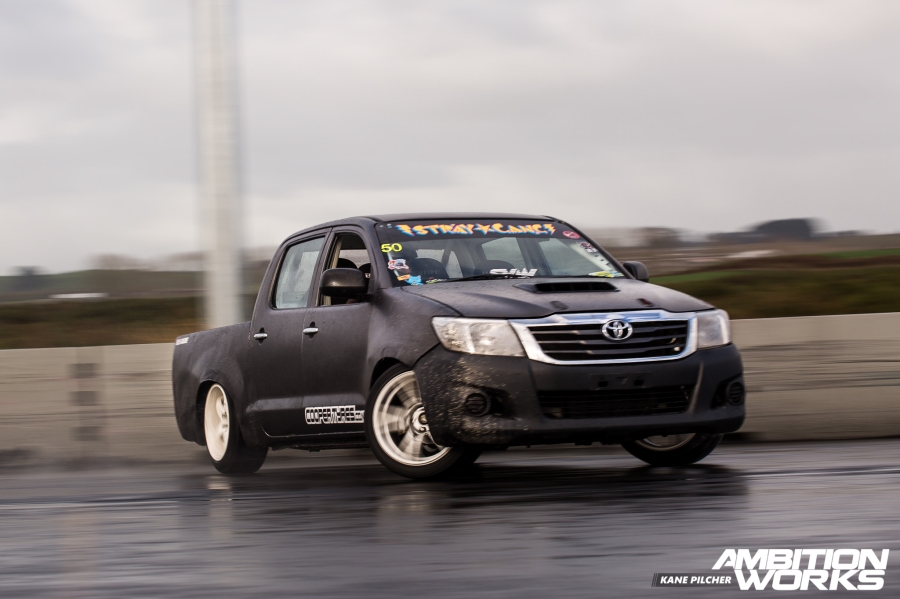 What I have always loved about drifting is the variety of cars that are used within the sport. As time goes by the line of what can and can’t be thrown sideways is definitely starting to blur. Pink Style’s pits were no exception to this, with cars ranging from basic road legal setups through to cars commonly seen battling it out during the Demon Energy D1NZ Championship. One car that always stands out is Kellum King’s Toyota Hilux drift ute, definitely not something you see every day.

For those that haven’t driven or visited Meremere, it is well known for eating the back end of cars that sneak too close to the concrete walls that line the entry point. I had complete confidence that Naoki-san would make these notorious concrete walls look like child’s play, I was not wrong. 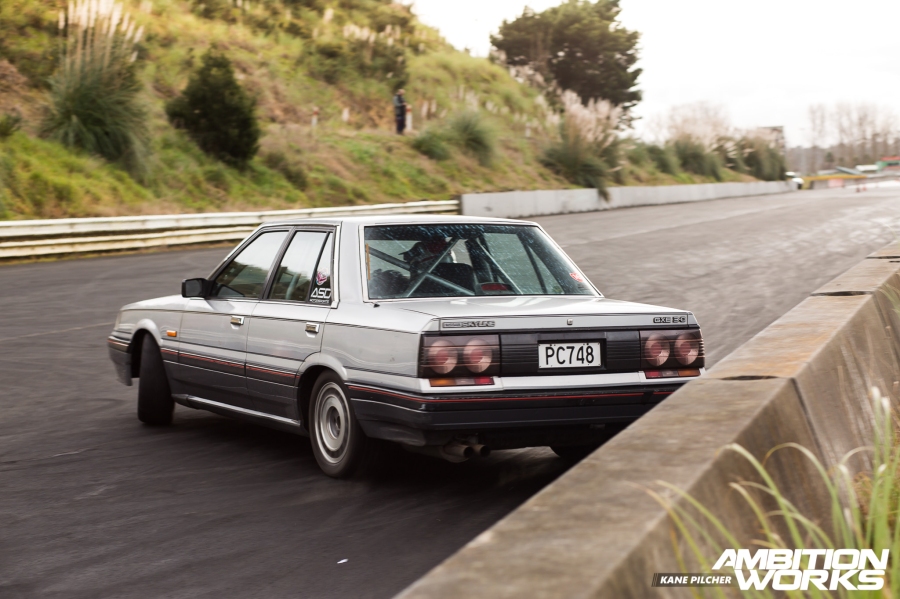 I feel it’s pretty safe to say we were all blown away by the level of talent shown off by Naoki-san, pulling off by far the most explosive entries I have personally ever seen at Meremere. This was a whole other level of driving, something I had honestly never seen in person until then. Jumping into Ross McKay’s near stock R31 Sedan clearly showed this skill was not restricted to just a set-up S-Chassis, skimming it down Meremere’s walls with absolute precision. 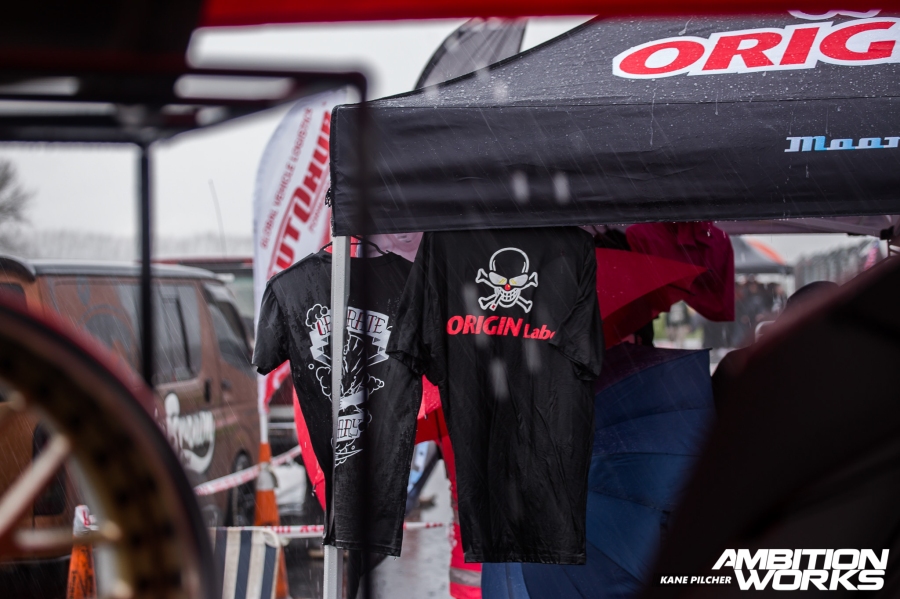 The Saturday saw crowds of spectators battle the torrential rain seemingly unfazed. I suppose when you’re preoccupied watching the local boys chasing down the closest thing to a ‘drift god’ a bit of rain is hardly a deterrence. 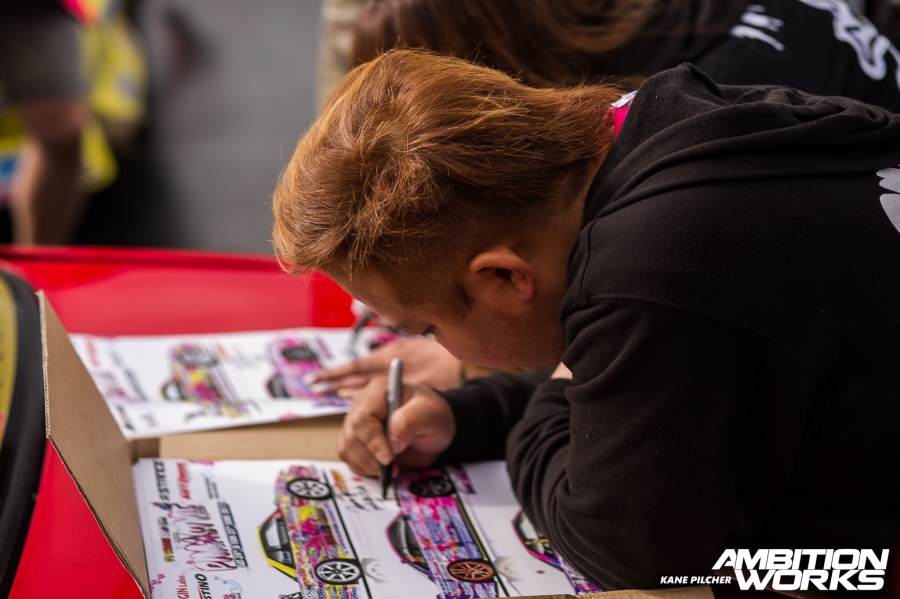 A short break for a meet and greet signing session was the perfect opportunity to soak up the atmosphere of the weekend. This was by far one of the most social drift events I have ever been to, the whole weekend was backed up by some seriously impressive driving by our local talent and guest drivers but also by a positive vibe that was there from the moment I arrived on Saturday morning until I left on Sunday afternoon. 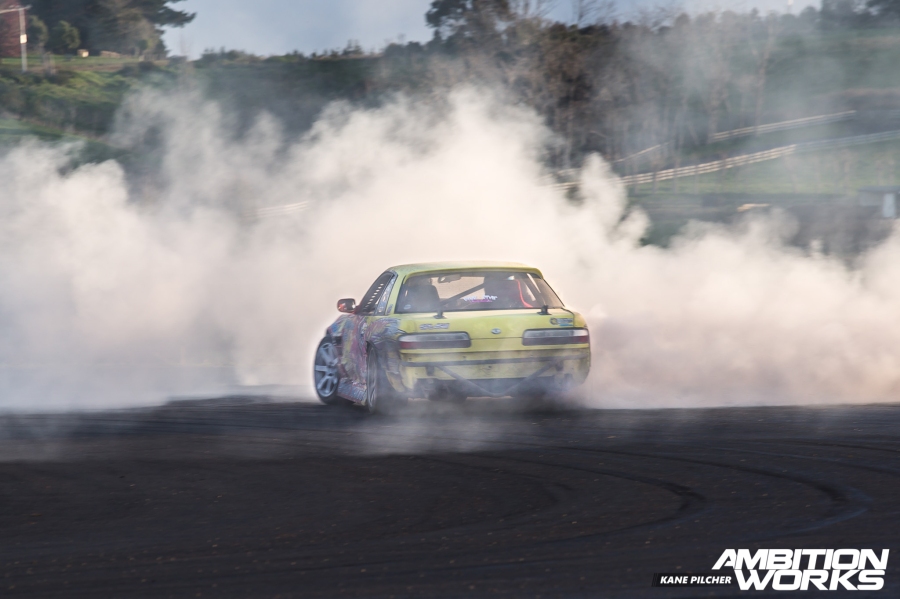 Cars, drifting and driving has always been a social activity for me personally. The ability to travel anywhere in the world regardless of being able to speak the native language, making new friends and having one hell of a good time is personally at the core of what makes me a car enthusiast. Pinkstyle GP oozed this concept, hats off to DClub GP, C’s Garage, Stacked inc. and of course N-Style for making it all happen. A weekend I’m sure no one will be forgetting anytime soon.