A new series, a new season, new drivers, and new cars, it’s a lot of new things to process. All drivers and their cars seem foreign to me now. I didn’t follow Formula Drift Japan while living in New Zealand, so it’s like starting from scratch. Over this season I will have a look at a few drivers from each round, who they are, where they are from, what car they drive, their driving style, how they are doing in the championship, and so on. This is a way for me to learn the new faces, and for you also! 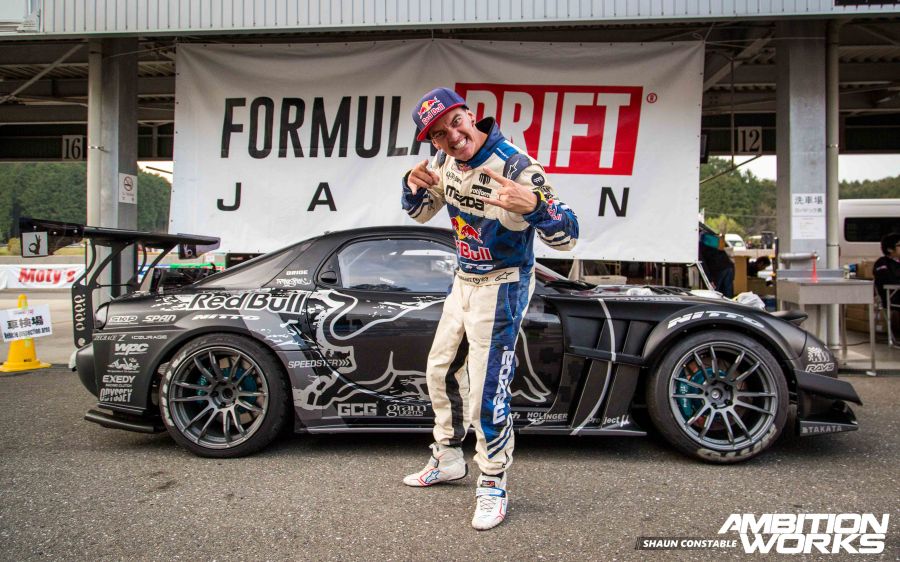 First up, the only driver of the series that I know of. Mike Whiddett or “Mad Mike” as most people know him. Born and raised in New Zealand, Whiddett has quickly become one of the most worldwide recognised drifters, mainly due to his aggressive driving style and his choice of the rotary engine. Whiddett left the USA series of FD to compete in the smaller Japan series in his Team Magic / Red Bull HUMBULL FD3S RX-7.

The car has a max power of 1000 hp, and only weighs in at a measly 1150 kg. However, due to issues in the RX-7, he retired it early. Luckily enough, Whiddett was able to source another RX-7 before qualifying, the D1GP RX-7 of Fujinaka Manabu. Qualifying in 10th place, Whiddett was in a good position, although, mechanic failures caused him to be knocked out early in the top 32. 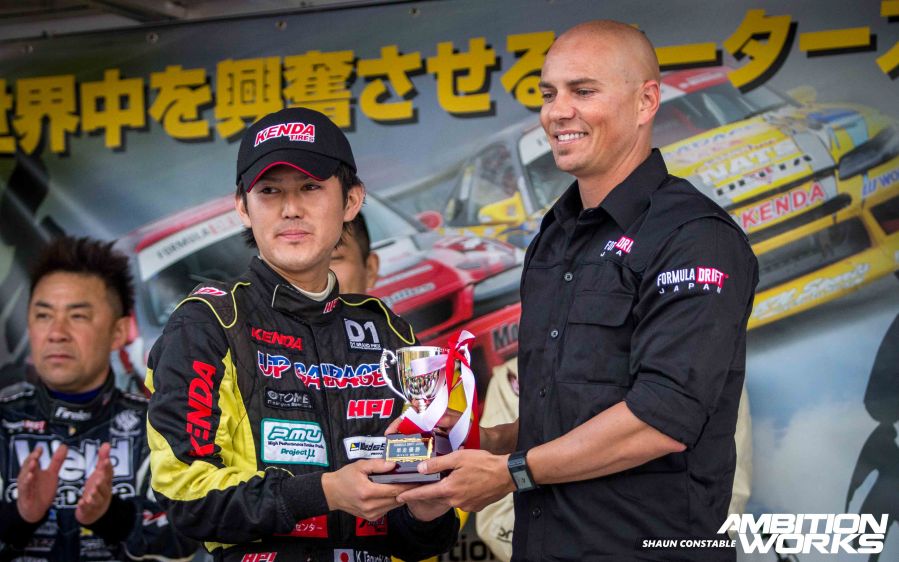 Our next driver, and the first Japanese driver to introduce is Kazuya Taguchi. His naming right sponsor is one you’ve most likely heard of: Up Garage! Taguchi comes from Hokkaido at the top of Japan, but now resides in Japan’s capital city, Tokyo. He is one of the younger competitors, being born in 1992 (24 years old). At the 2016 FD Japan, Taguchi placed in 4th position overall. 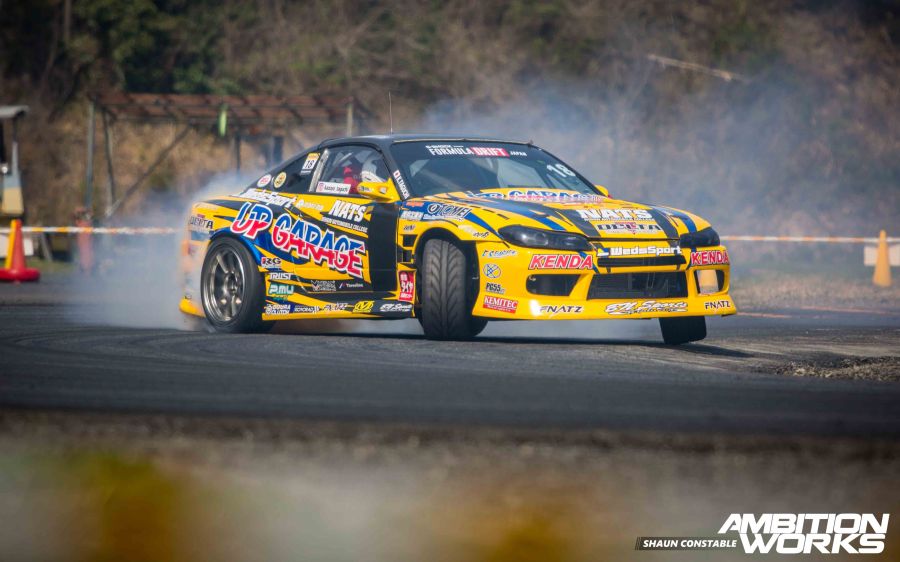 Taguchi pilots the Up Garage S15 Silvia. It’s the usual SR20DET engine with a Tomei 2.2L stroker kit, a trust TD06 turbo and an HKS 6-speed sequential gearbox. The S15 pushed 550 hp, that’s just over half of what Whiddett’s RX-7 produces. The short and tight tracks in Japan don’t require as much hp as the FD USA series. It’s not all about hp here in Japan. Taguchi qualified in 1st position at Round 1, but failed to make the top 3 in the following battles. 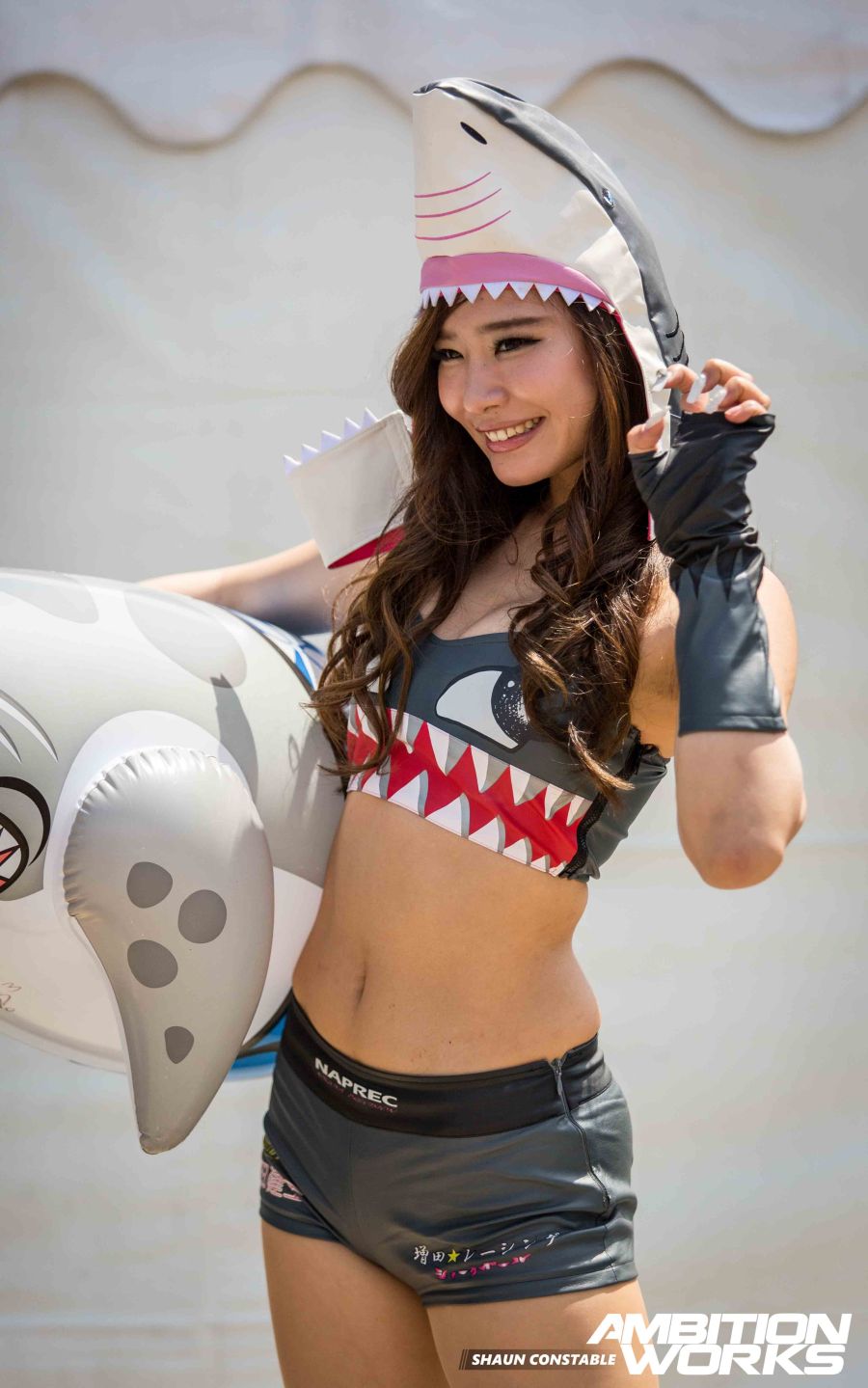 The most interesting car from Round 1 was Toshimitsu Masuda’s JZX90 Mark II. To be bluntly honest, it was a flying shark. Masuda was also the only driver to bring his own ‘race queen’. She stole the attention in the stands, taking photo after photo with fans, and supporting Masuda track side with her massive blow-up shark. 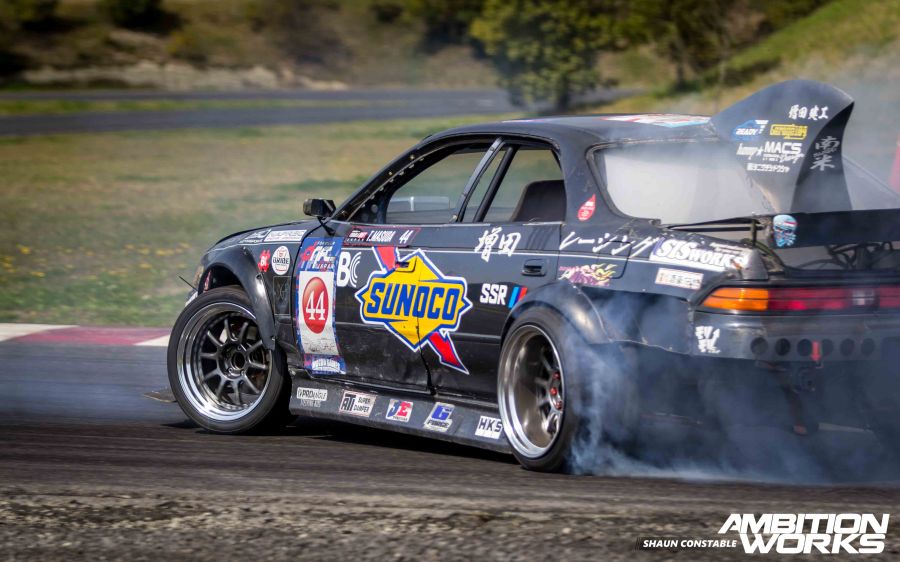 Masuda’s driving style is menacing. The car has a shark mouth drawn on the front and a massive shark fin on the back. It just screams, “I’m angry and ready to eat you.” Of course, the heart of this Shark is the trusted 2JZ engine, along with Sunoco and Sawada Racing, Masuda puts on an epic show for spectators. 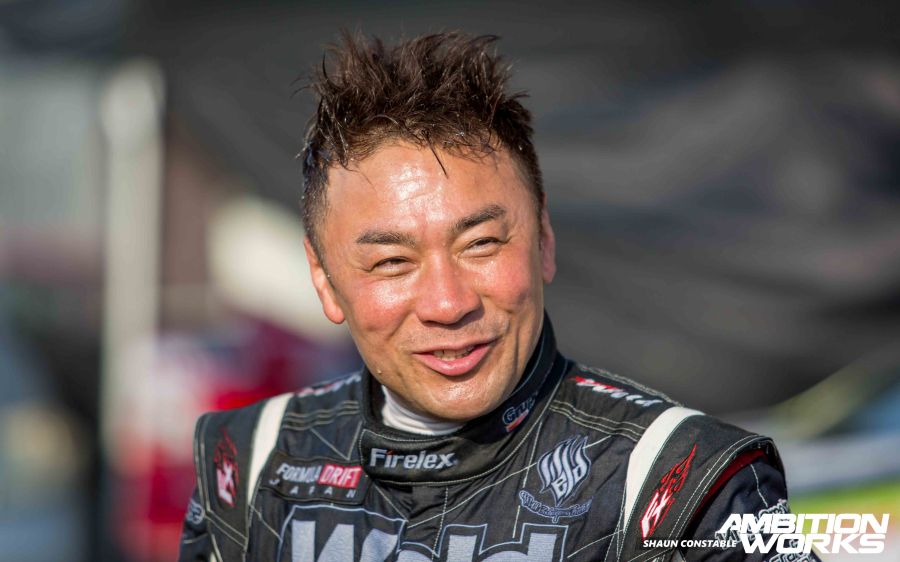 Another Japanese driver using yet another Mark II is Kouichi Yamashita. This is a little newer, being the JZX100 chassis, and personally I think this looks better than the JZX90. Yamashita provided consistent runs during both days at Round 1. These consistent runs provided him with the trophy for 1st place along with a healthy cheque of 500,000 yen or about $6,500 NZD.

Yamashita drives the very kirei (beautiful) Team Work / Team Weld JZX100 Mark II. It’s powered by none other than the Toyota 2JZ engine. The engine bay has been guttered and only the necessities remain. The 2JZ is powered with gear from Tomei and next door is a GReddy turbo and front facing GReddy plenum. 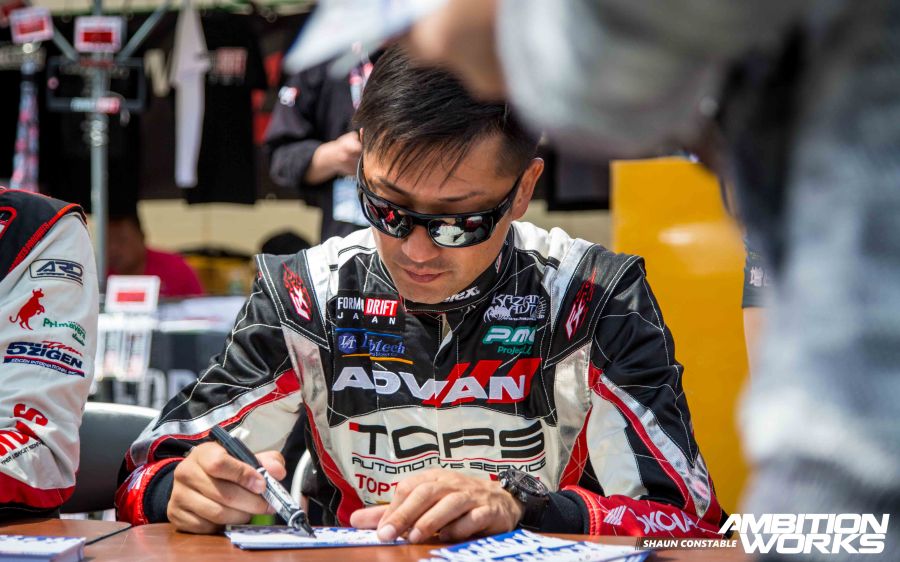 The last driver we will introduce for today is yet again from Japan, living in Akita city at the top of Honshu island, which would be a far drive to every round, especially the final round at Okayama International Circuit. Jin Horino sits behind the wheel of one of the nicer S15s at FD Japan. With brands like TOPS and YOKOHAMA backing Horino it’s easy to see why. 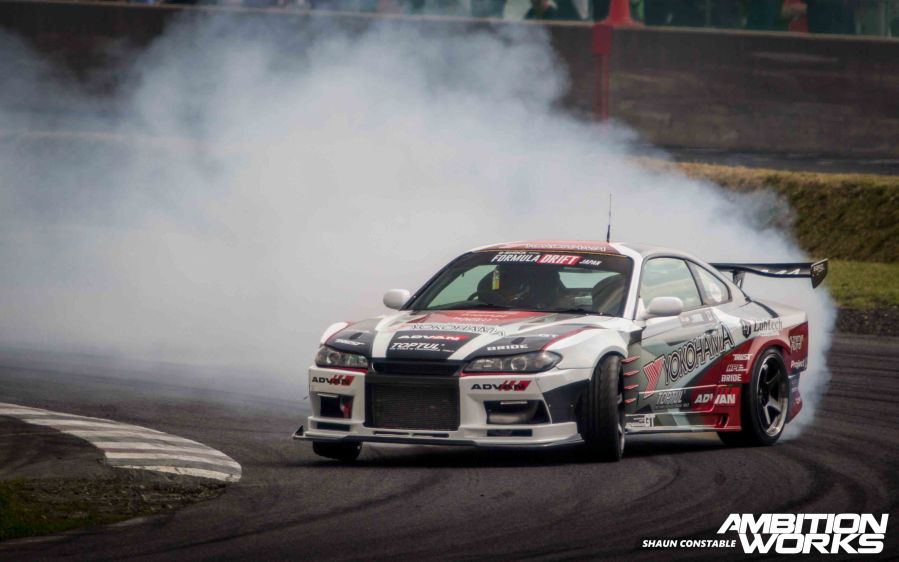 Doesn’t it look great? Apparently, the person behind the design of this body kit was actually at Round 1 watching all the mayhem unfold before him. Horino’s driving is good, so I’m hoping to see him crack the top three during this championship.

That’s five new faces for you, or maybe four if you haven’t been living under a rock for the past 10 years. Who is your favourite? Each round I’ll pick a few new drivers, and give a little description of them for our learning pleasure. Stay tuned for our next article from FD Japan where we talk about the ‘vibe’ of professional drifting in Japan that we noticed at Round 1.