Probably the most stock Silvia that turned up to our little gathering in Kobe was Singo-san’s black on black S13. One thing I noticed straight away was that it actually looked drivable, unlike a lot of the other modified cars I had seen around the streets of Japan. Singo-san was a very peculiar character, he was extremely excited to show me his S13 and what parts he had on it.

At first sight, the orange line tracing around the entire bottom of the car pulls my attention. It separates the blackness of the car from the usual dark colours of the road. A good idea to make a black on black themed car not disappear so easily into the darkness of the night.

The rear end of the car had a nice subtle look to it. No bolt on guards or over fenders, crazy exhaust tips, or big wings. Just a simple set of LED tail lights, and a small boot lip sitting flush with the exterior of the boot. Singo-san had done a good job here with the theory that less is more.

While staying in Japan, I learnt a few modification rules. One was about tinting your windows. In New Zealand, the rule for a car like this is tinting all windows but the front windscreen is okay. However, 35% is the lowest opacity you can go. It’s a bit different here in Japan, where the 35% opacity doesn’t matter. You can go as low as you like, hell, spray paint the windows if you want. But, the front windows cannot have any tint on them. I think NZ’s rules looks better, as the tint is more consistent, whereas, in Japan, it goes from 0% to 100% which doesn’t really flow. 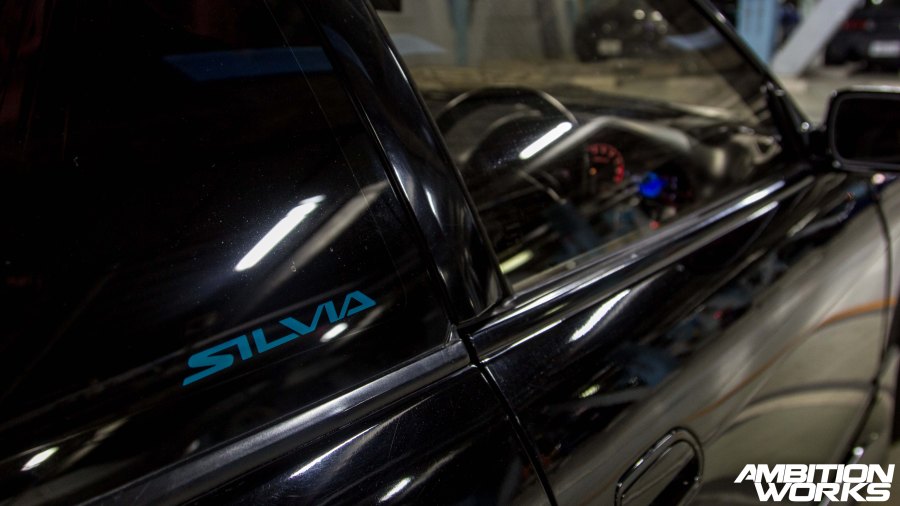 Singo-san was excited to show me all of the original parts he had sourced for his S13. For example, these rear quarter windows. Factory tinted at 15% or 0% I believe, with their own lights inside them that read Silvia. Not a bad little addition if you ask me. 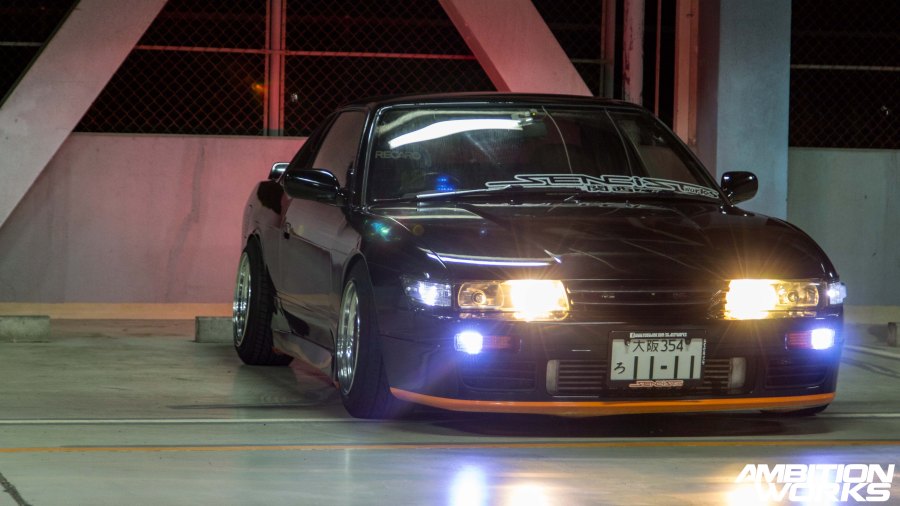 Up front, we have the aero bumper with some modifications. The indicators have been changed to lights that now have extra night time lights in them. The chaos of different coloured lights would light up the dark Japanese roads with ease. Let’s also not forget the classic FMIC.

What do you think? Hands down the most practical car in attendance this night. It’s low, but not too low. Sits on some small period correct wheels, with not much body enhancements apart from factory aero. It’s also got the classic black on black look. I for one, am a huge fan of Singo-san’s S13, are you?