Casually just chilling in an underground car park, meeting some new people, thinking this is way too similar to The Fast and the Furious movies, when something makes my day. I’d seen it on the internet, it had been featured on Speedhunters, now it was right in front of my eyes, only metres away!

The Rocket Bunny V2 Boss kit. Something that has many mixed views about it, but if it can cause a ruckus, you know it’s doing something right. So what’s so special about this body kit that brewed a small war on the internet? From this angle, it just looks like your normal S14.

With some super wide wheels, and some nice tasteful over fenders. It’s simple from this angle. No crazy side skirts with out of this world lines, some simple metal endcaps, and a nice and subtle grey colour. So what’s the big deal? Well… 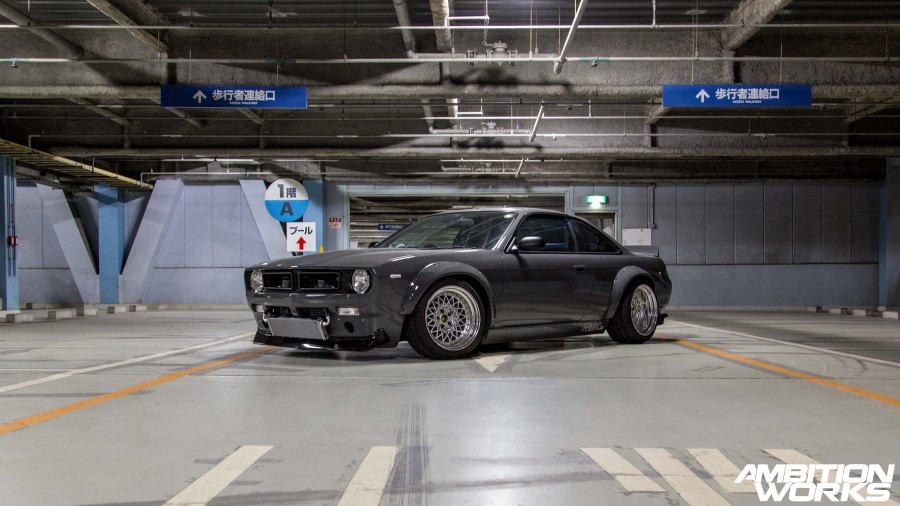 The front is where the controversy hits. It’s like a whole different car from this point of view. The round and curvy front of the zenki S14 has been replaced with a front similar to that of an early Ford Mustang. This new front means a new bonnet, new guards, new lights, new bumper, new lip, and probably new supporting brackets. It’s a lot of effort to make something like this. Totally pushing the boundaries of what we think is okay has most certainly been done here.

I do like how it’s at a reasonable height; you could probably even fit a shoe between the tyre and the guard. The wheels are also a very nice choice, wrapped in some Toyo tyres.

The only addition to the rear of the car is the metal diffuser and the boot spoiler which looks to have not changed much since the previous version.

So do you like it? Do you hate it? Tell us your opinions. We still have many more spotlight features to come from this event, so stay tuned. Don’t forget, we are on Facebook, Instagram, Snapchat, and now Twitter, as it’s very popular in Japan. So join up, and see what we get up to.