I’ve been to Australia many times, I’d even consider calling it my second home. However, only recently, I’ve started getting involved in the Australian automotive scene. During one of my visits, I had a short window to get involved with the Police. By choice that is.

I actually met Brent Jackson last year in January at the Queensland 180SX meet. His car’s exterior and the theme has changed considerably since then. During my very short visit this year in January, I met up with Brent and his updated 180SX.

Last time I saw it, the car was straight black, no theme, just full on black with more black. This time around, Brent has gone for a very stand out theme. That of a police officer, but instead of protecting and serving, he will be protecting and swerving.

In some countries, mimicking the national police force is a criminal offence. So Brent has gone and used the theme of American police officers, as to not be confused with the Australian police force. It’s a theme that has been used before by many, and I’m sure it’ll be a theme that will be used by many in the future as well.

Brent’s main use of this car is for drifting. He actually took the day off work and towed the car to me so we could shoot it for our website. He’s learning everything in this car, as it’s his first car he’s drifted in. Drifting is about showing your style, and character, so going with the Police theme was a good way Brent thought he could stand out at his local racetrack. 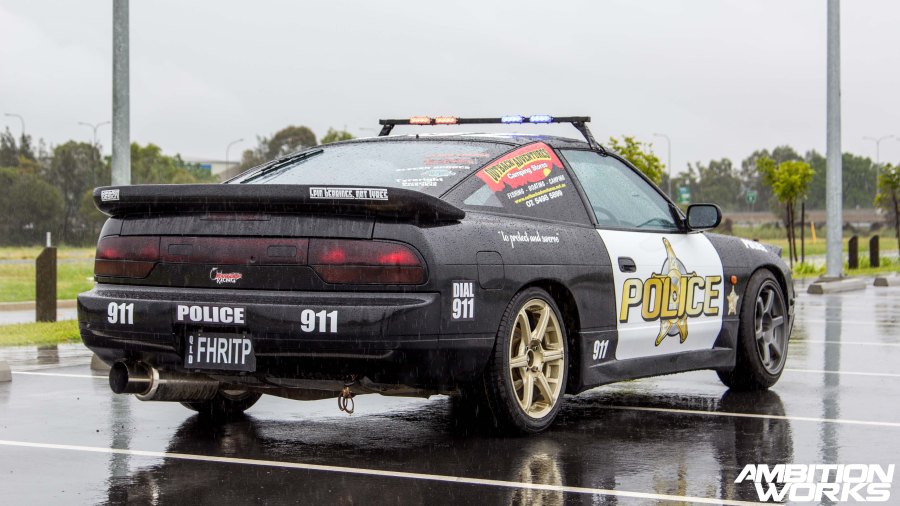 The police styled drift car also has functioning lights and sirens. Once Brent starts to get a hold of the car, and his skill increases, he’ll be chasing down other drift cars in no time. Handing out infringements left, right, and centre.

Brent came up with the idea of turning his daily driver into a police styled drift car after watching the movie ‘Let’s be cops’. Like I said before, he wanted to stand out, and this was a very cheap way to do so. 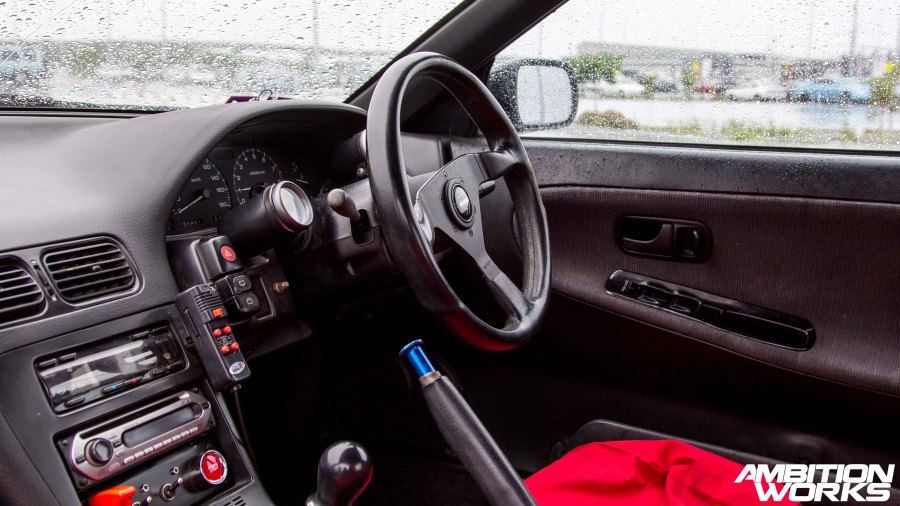 The car has been set up well for drifting, with all the necessities. The much-needed handbrake button. Boost gauge, bucket seats, aftermarket steering wheel, and so on.

Under the bonnet sits a nice and powerful SR20DET engine with a few aftermarket parts to help push the power figure above the factory limits. 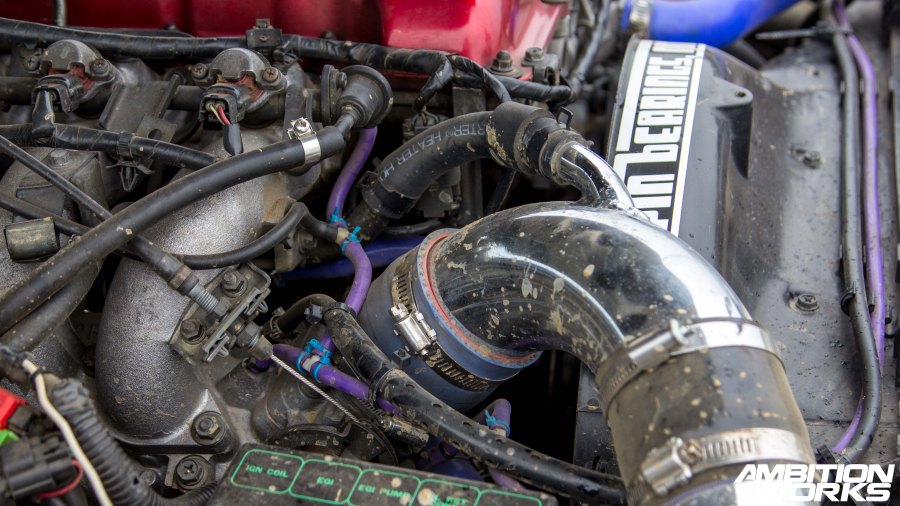 You can see Brent has really put this car to work and isn’t afraid to get it dirty. Mud splatters all over the piping show that this car has had some fun and been put through its paces multiple times. 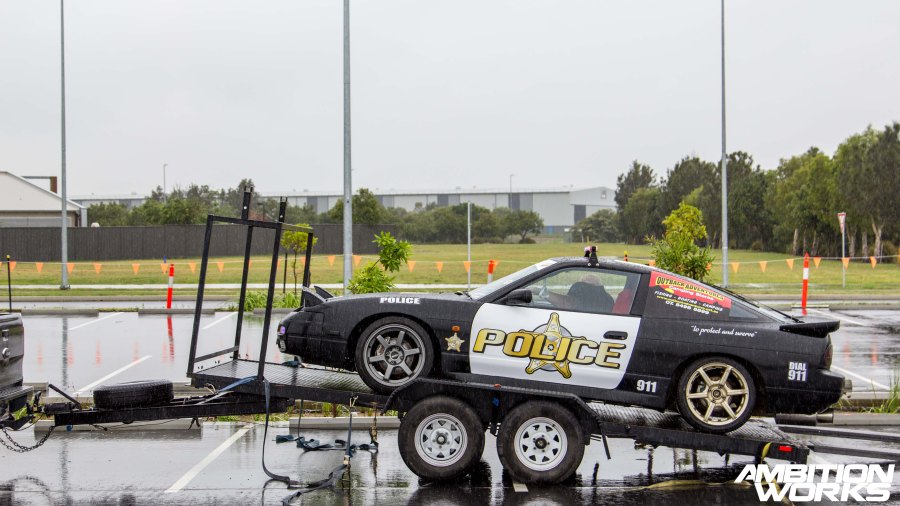 We only had a short time with Brent and his 180SX, as well as rain pouring down all day it didn’t give me long to take many photos. We also struggled to find a suitable location, but it doesn’t really matter. We got to see the new and improved 180SX and make friendships stronger overseas!

It was now time to head back to the airport to finish off another stop in Australia. Thanks to Brent for showing us around Brisbane and taking the day off work to give us a closer took at your police inspired 180SX drift car. All the best with your future endeavours! See you soon Australia, we will be back.