Just when I had finished photographing for about 8 hours straight, this car had to grab my attention. There was just so much going on, it was rather mind boggling. Lights and stickers all over the show. I hadn’t seen anything like it in Japan as of yet, so it intrigued me.

Masayuki-san rocked up to the car park with music blasting, lights flashing, and the exhaust roaring. There wasn’t much that would make you not notice this S15. He has definitely gone for a different look than most of the S-Chassis that were present this night.

Random stickers galore. I didn’t actually get time to look at every sticker plastered on the body. There were some good ones, though. As well as some interesting knick knacks inside the car, like the ‘First Love’ plaque that was lit up orange from the LED lights.

Inside the car was just as crazy, if not more crazy than what could be seen from the exterior. It looked like Masayuki-san had gone and replaced or modified nearly every factory part in the cabin. I noticed that it was rather popular to have small tables, like this one which you can see under the sun visor, being turned into DVD players. 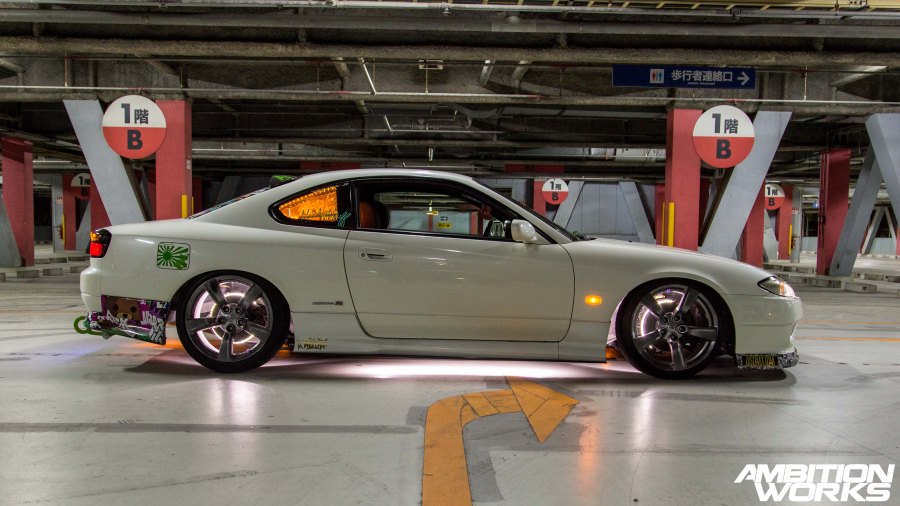 The aero is rather tame, some factory end caps wrapped in stickers, with white factory side skirts, an Integra lip, a subtle roof spoiler, and a set of nice wheels borrowed from another Nissan. Masayuki-san has gone with white neons on this side, and if you didn’t notice, red on the other. It’s a colour overload to our senses. 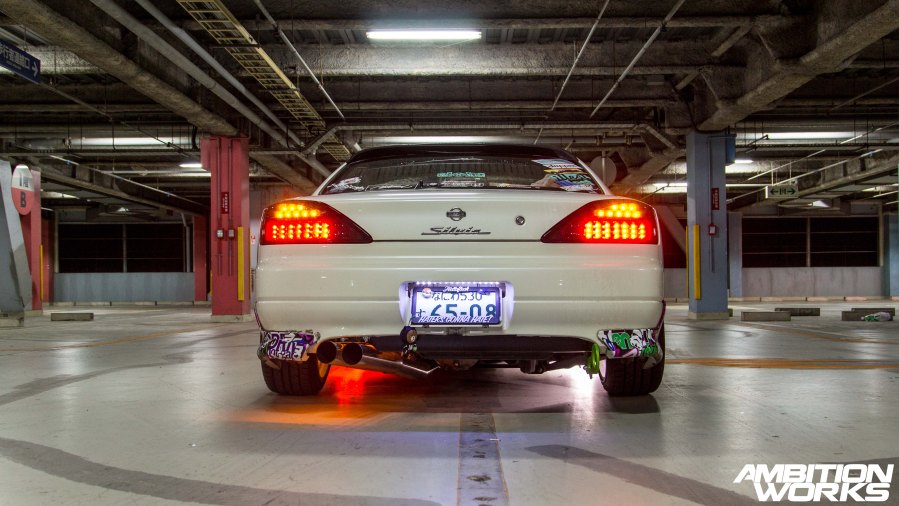 I think my favourite part about this car, was what was in the boot. Sadly I didn’t take a photo because I think it is rather personal. I opened the boot to find it filled with truckloads of teddy bears, in all different sizes! I love Japan, for this reason, people do what they want to do, without worrying about what other people think, it’s great.

We are going to try and bring out an article every Sunday, as we have so much content still to be released. So stay tuned for more articles from Japan, a couple from Australia and even some from my homeland New Zealand.