We head back to one of my first nights in Osaka, and the first week of being in Japan. I was still in a dream land. Things had finally come true, and what I had seen on the internet was sitting there, right in front of my eyes. 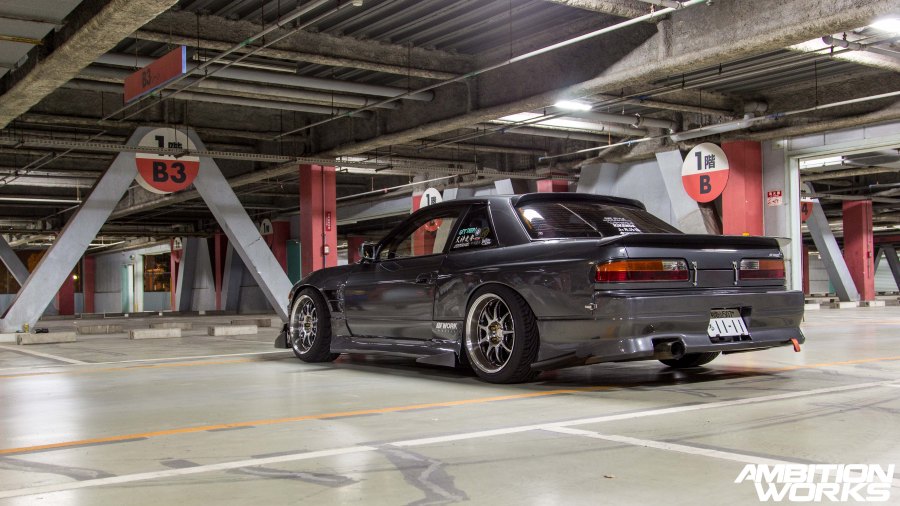 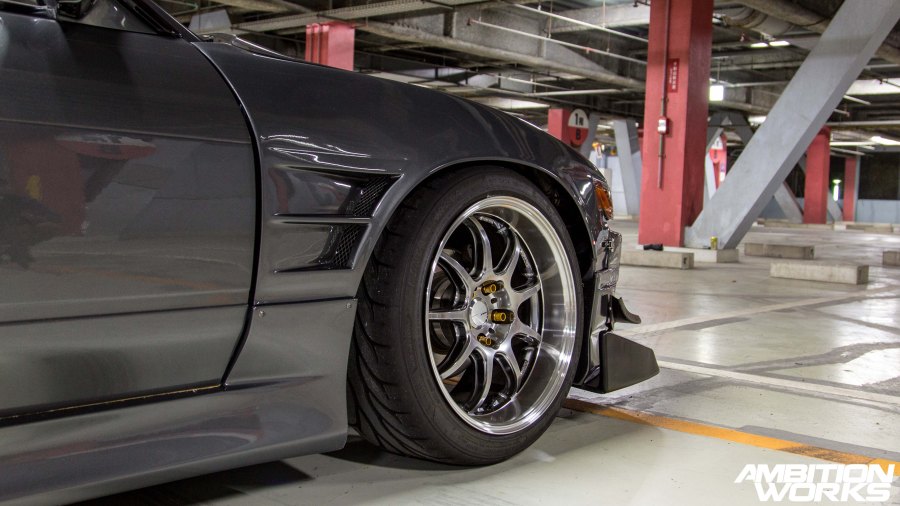 It was his daily driver he told me. You can tell from the car that he’s telling the truth. It’s an acceptable level of modified and looks to be comfortable enough to take on all kinds of road around the Kobe area. Tastefully modified in my opinion. 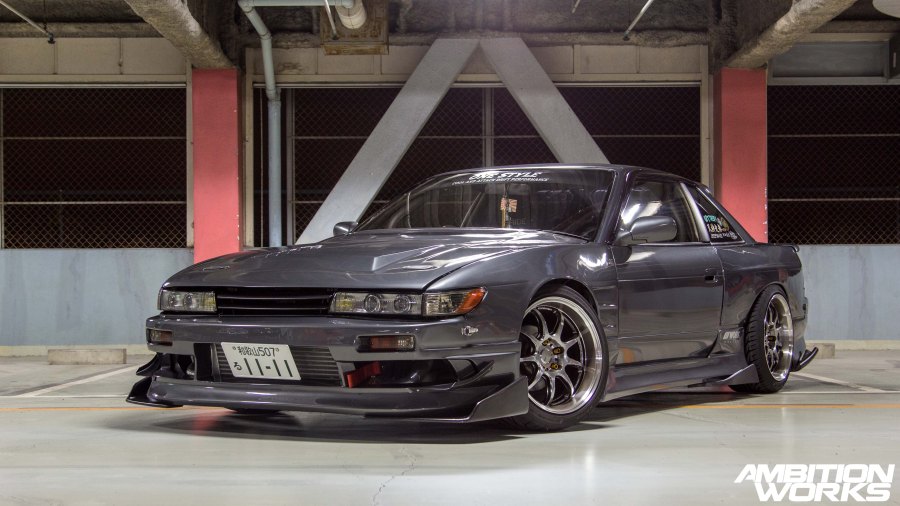 The height of the car was reasonable enough that you wouldn’t be scraping on every leaf you drive over, but it wasn’t at a height where you need a step ladder to climb into the seats. The set of canards also give it a little punch to the overall subtle look of the car. 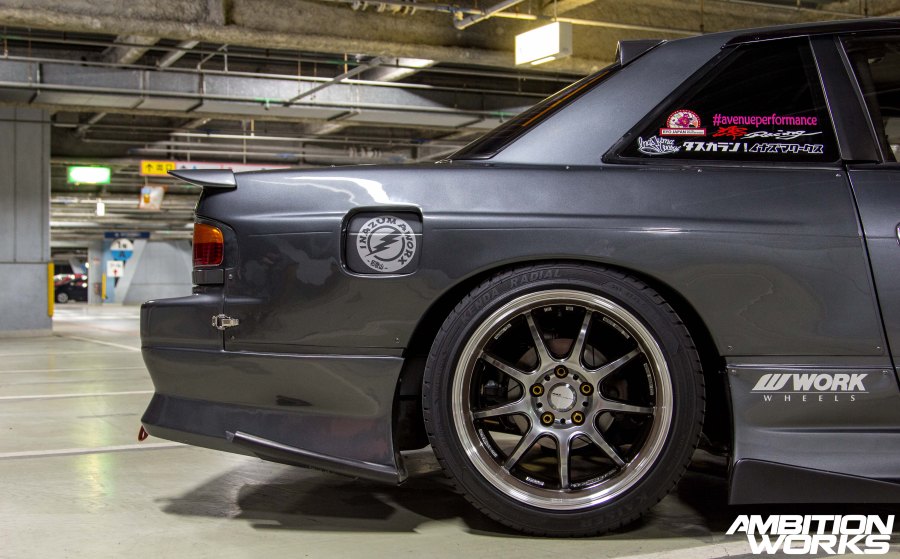 A set of wide guards have been fitted to add to the width of the car making it look more aggressive. The bumper looks to be fitted with latches – making detaching as easy as 1-2-3. Maybe for drifting? Who knows. 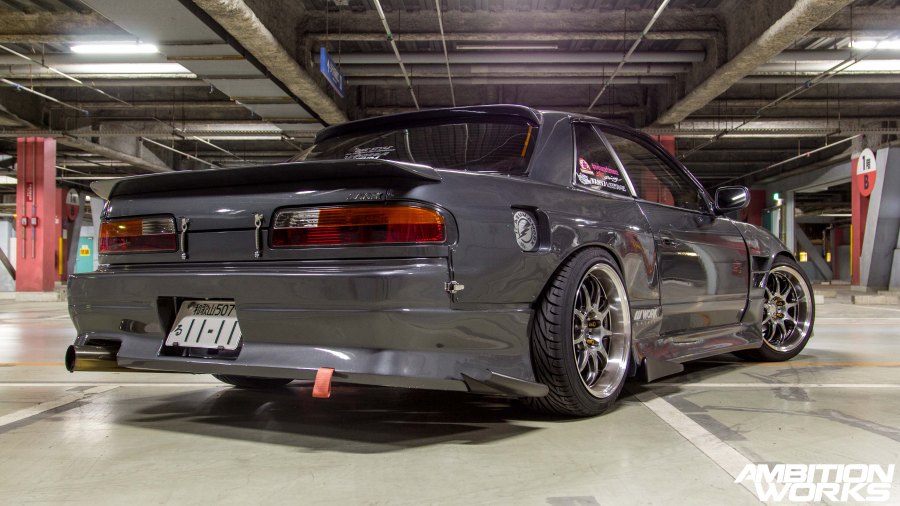 Naofumi-san also has another car. An S14 Silvia that he drives on the track, which looks even more aggressive and is more powerful than this already a looker S13.

We have many more spotlight features that we will be releasing over time, as the amount of cars in Japan that blew my mind we uncountable. I just want to share them all!