Japan is the country that just gives and gives. Wherever you go – it will give you extraordinary cars to drool over. In the countryside prefecture known as Mie, we were again treated to Japan’s truly amazing generosity.

The house that I had so kindly been welcomed in to was positioned next to a little hospital. I was told by my hosts that one of the doctors owned this rather well customised 350Z.

It’s great to know that people from so many professions have an interest in automobiles. But what I want to know is, what does he do with this 350Z? Is it just a car to get to and from work, or is it used to do something more sinister? 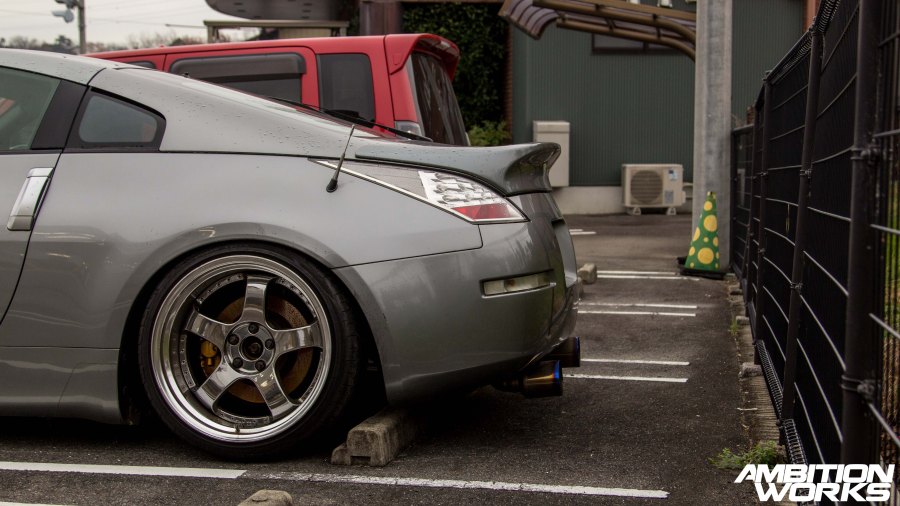 Although the 350Z wasn’t over the top, it did have some nice touches added. Like the heated rear exhaust tips, the upgraded tail lights and the lush spoiler lip sitting over the boot. In my honest opinion I think that nearly every 350Z needs a spoiler. Something just looks a little off with the lack of one.

Some evidence of the more sinister activities sit attached to the front bumper. The rather cracked lip hopefully proves our theory that the car is used for more than getting from just A to B.

Next to the 350Z sat another modified car, a little Suzuki Kei car, also lowered with new wheels equipped. Unlike the previous example, this little red hot Kei car had been bombed with 326 Power stickers.

Another little find bites the dust. In our next article we move away from the rather short features of individual cars, to a sweet little automotive shop our friends kindly drove us to. Stay tuned!