It’s been a busy month here at HQ. We have been shooting D1NZ and 4&Rotary Nationals. With a little spare time up my sleeve it was about time to get back to work on finishing up the content from my trip to Australia. 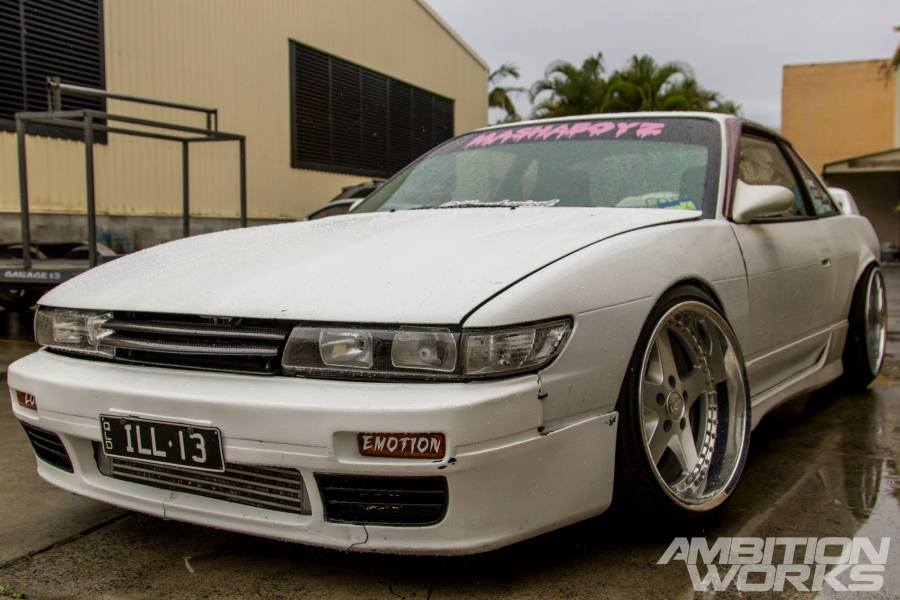 With five feature cars left to go, which are all from Garage 13 I’m sure there will be no disappointment. As these cars are taking modifications to the next level. 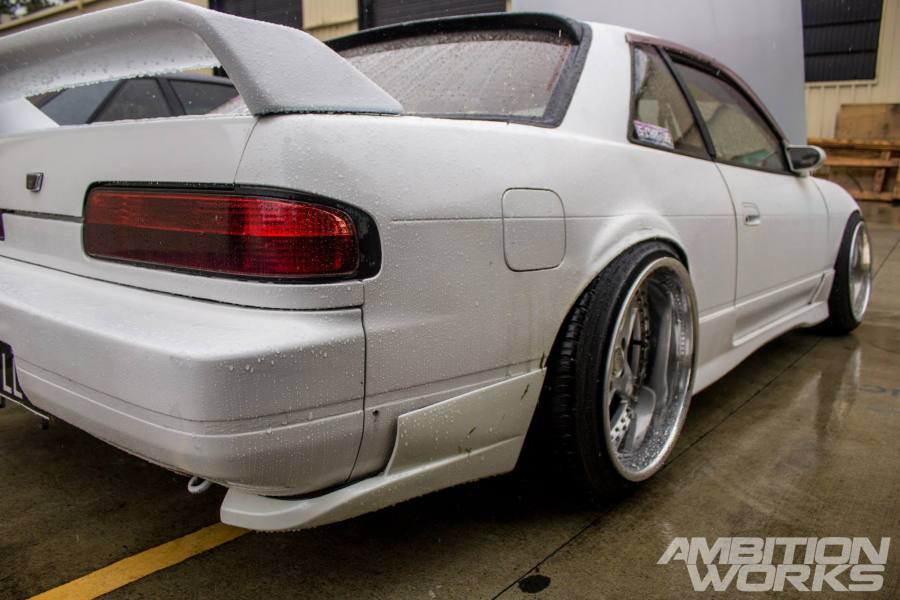 This car is Zac’s. A white Nissan Silvia. The initial reason for going to Garage 13 was to only shoot Zac’s car, but as you know by now that plan changed and we got to shoot a whole bunch of rad drift cars. 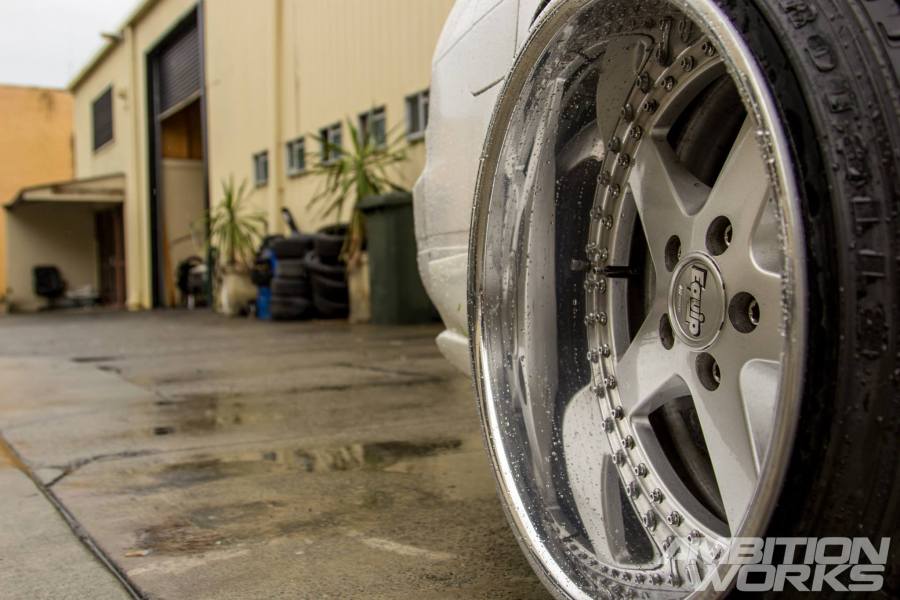 The weather was still pissing down, that wasn’t an issue though. 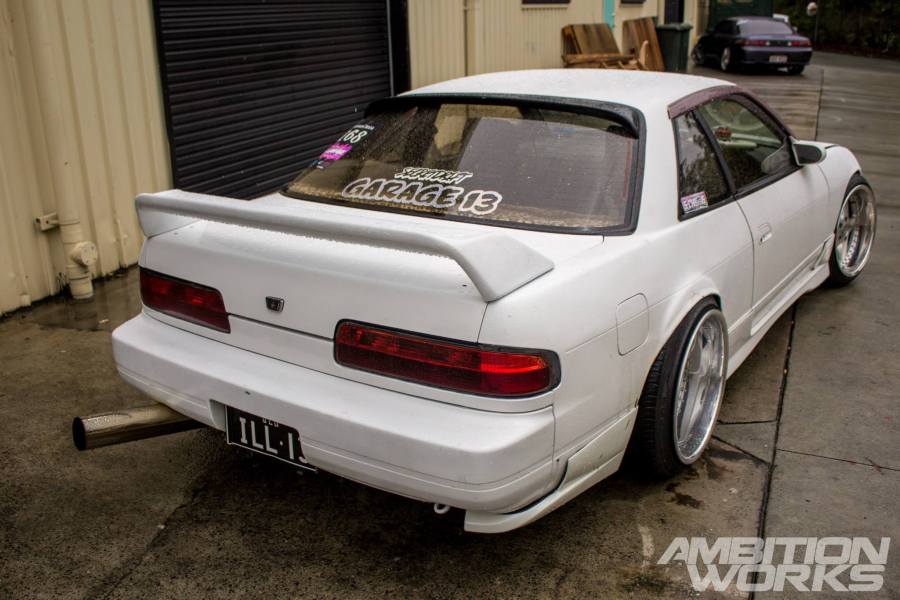 Zac has turned this car upside down modifications wise, the list is so long I’m not even sure where to start. As you can see it’s fitted with full aero, an R32 GTR spoiler, roof spoiler and weathershields above the windows. 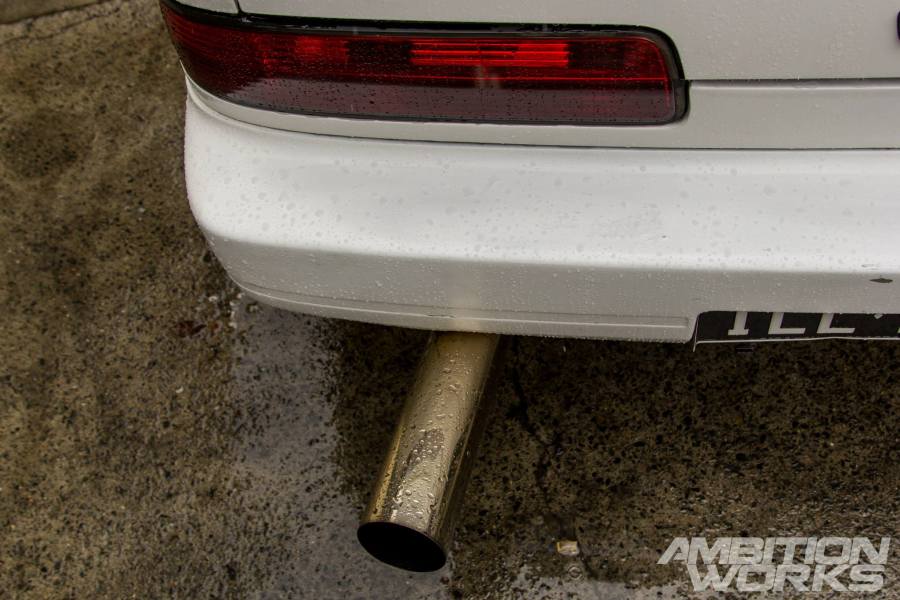 I know in New Zealand it is rather common to have an exhaust sticking out from the back bumper a fair bit. It appears the same goes with Australian folks. Many years ago my S13 look alike Integra used to have the same set-up with dual tips. 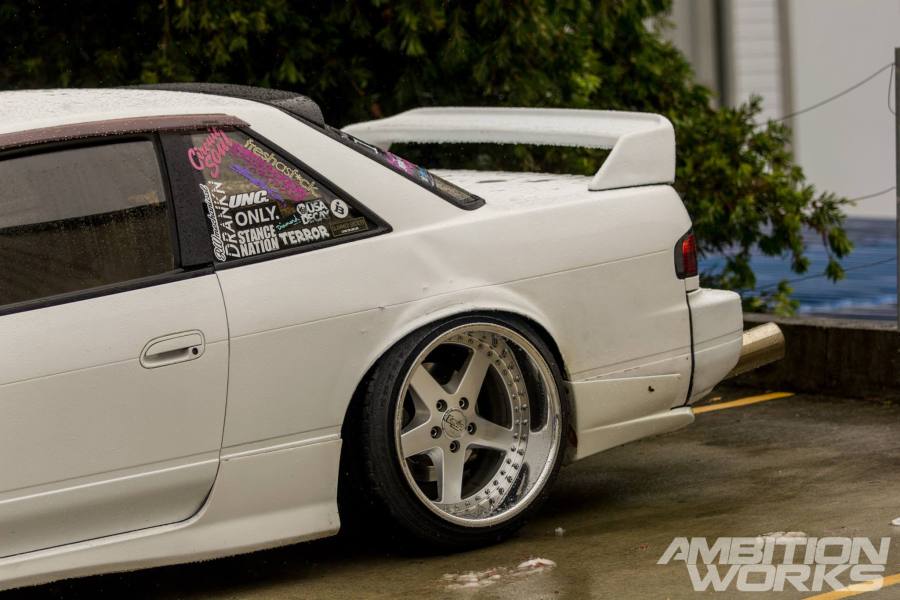 While all Nissan Silvias do have a rather sexy look, this S13 was one of the sexiest I have seen in person for a long time. It has had such an extensive amount of work done on it. Not just a set of coilovers and okay fitting wheels. This is a one of a kind neck breaking S13. 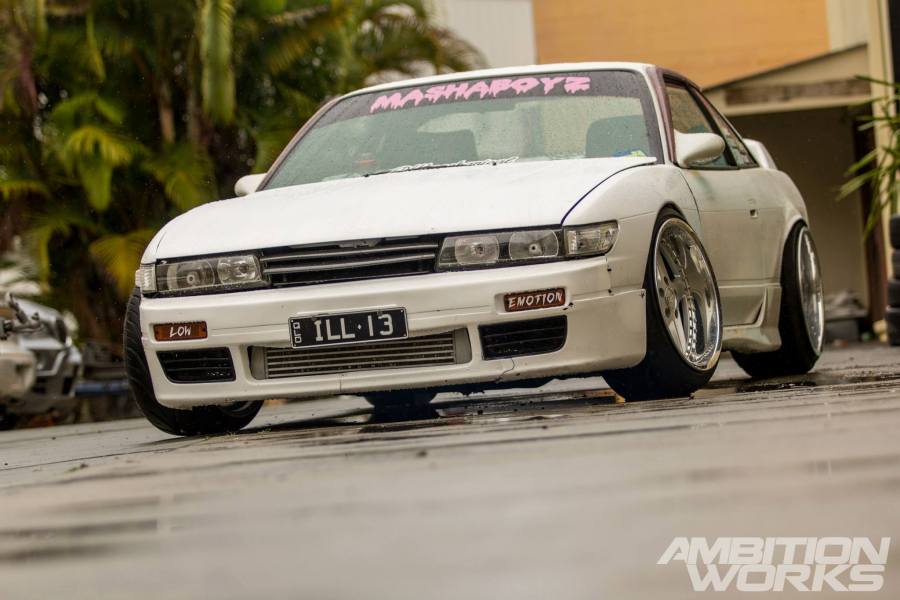 Up front Zac has fitted a genuine aero front bumper, brick headlight with clear covers, and a twin carbon fibre grill along with aero marker mirrors. In my opinion and experience it’s difficult to have a car which looks just as good front and back, either the back looks better than the front or the front looks better than the back. Zac’s S13 looks incredible which ever way you look at it. There is no bad angle. 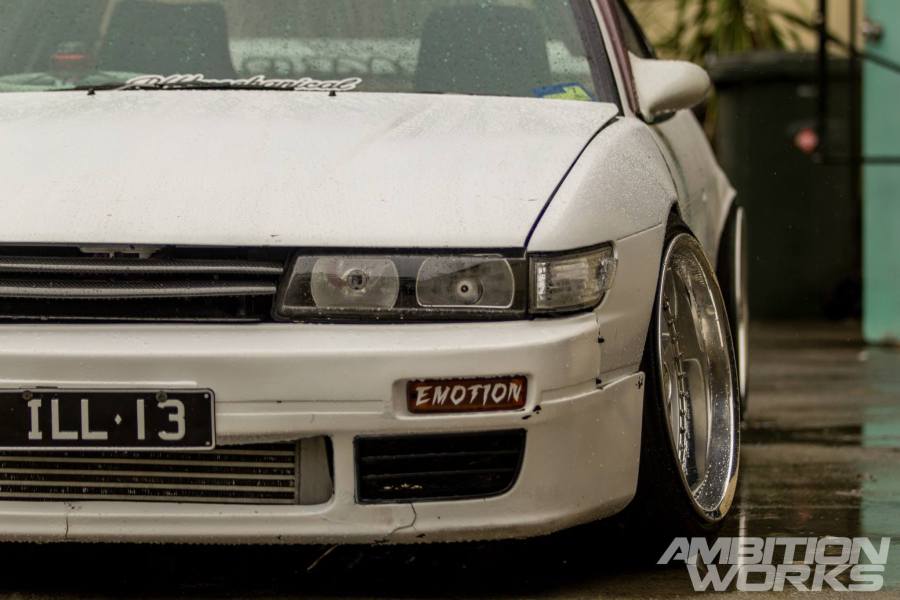 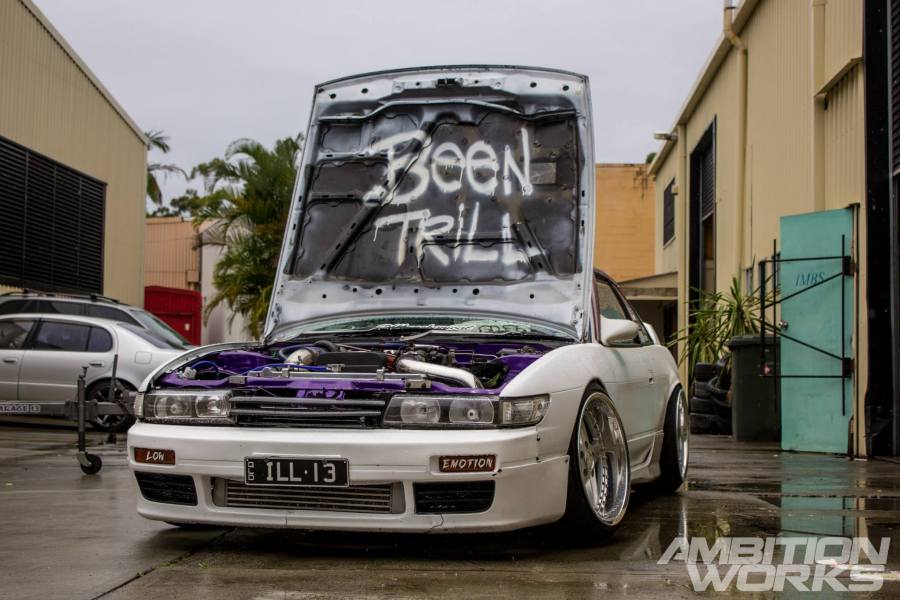 Opening the bonnet with these Nissan Silvias is like a kinder surprise. You never know what you’re going to get. Sitting where the little old four cylinder engine used to be is a… 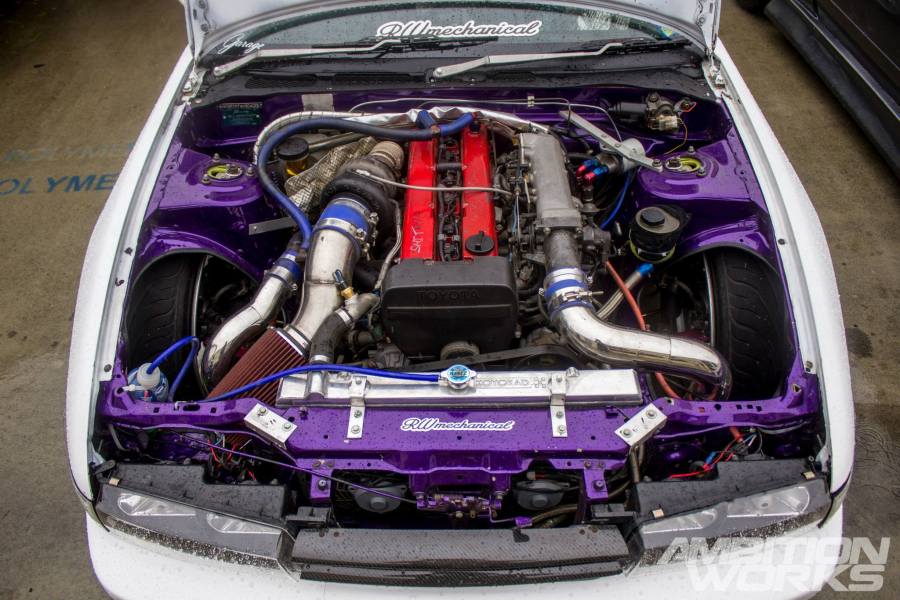 1.5JZ with 2JZ injectors pushing out 400hp on 15psi of boost. Keeping the replacement engine cool is two 12” fans and a Koyo alloy radiator. 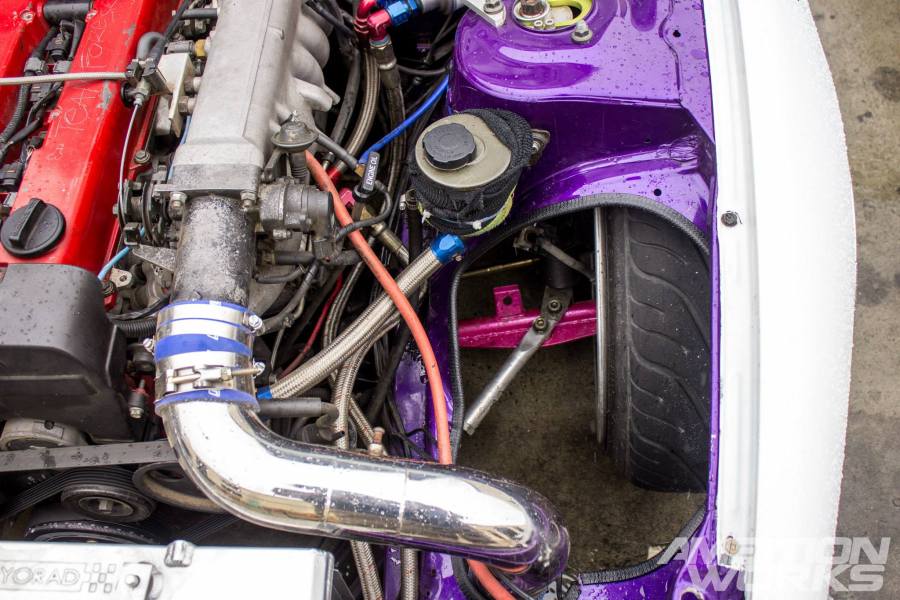 The front hubs are cut out to fit the wide work wheels that would have been rubbing with all the aftermarket suspension components. I like how the cut metal has been covered with a small bit of rubber, those extra details just push the car up with extra style. 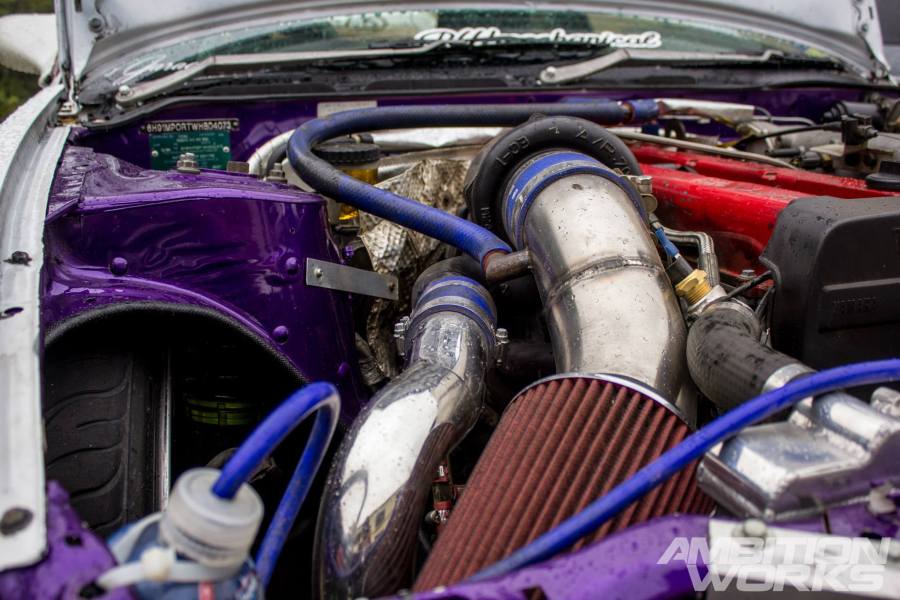 Fitted to the 1.5JZ is a GT35/40r turbo and accompanying that turbo is a turbosmart 50mm external gate with a screamer. A 4” stainless intake, HKS blow off valve and fmic stainless intercooler piping. 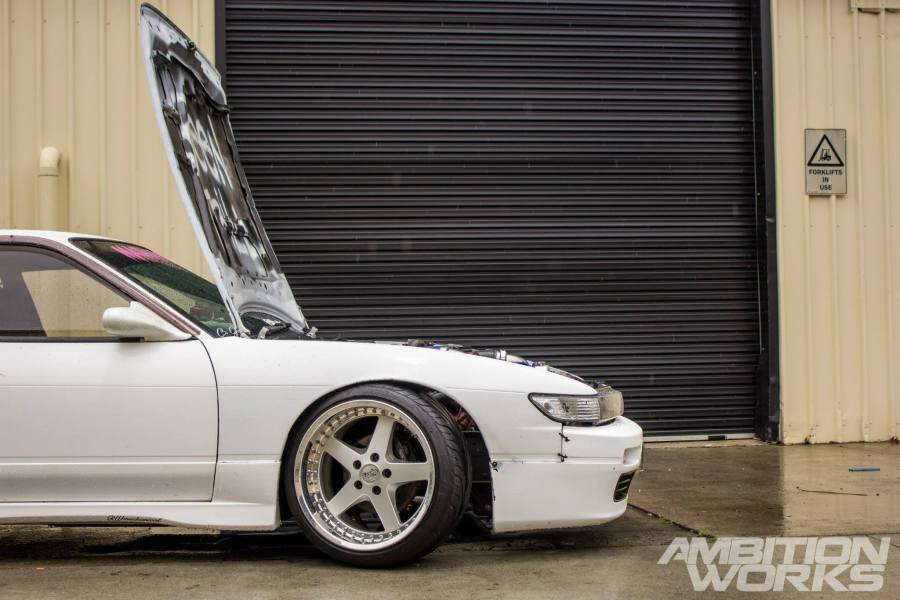 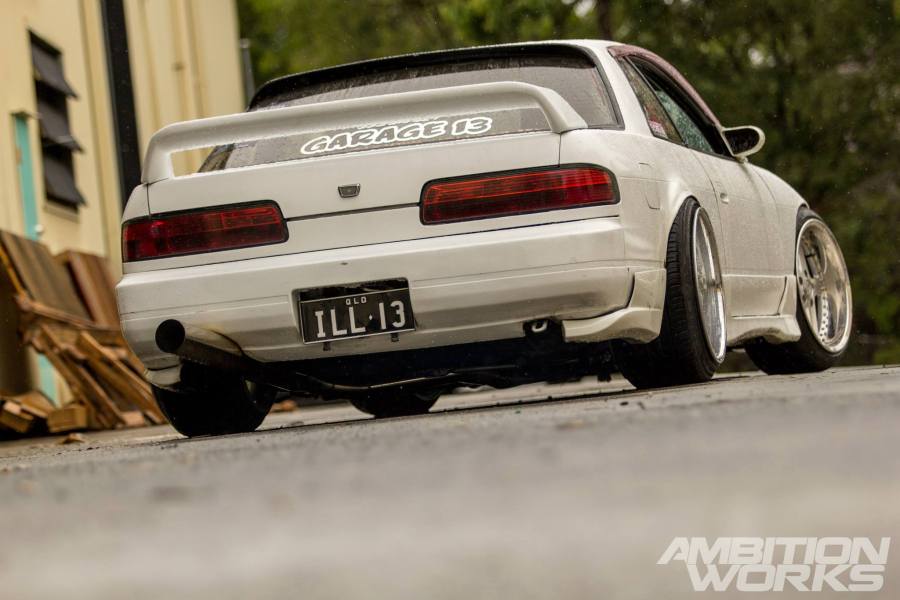 The S13 is fitted with HSD coilovers with 12kg springs front and 8kg springs rear. Along with the coilovers there is a whole christmas list of other components. Including Ikeya formula castor arms, Gktech camber and traction arms and Pbm toe arms. 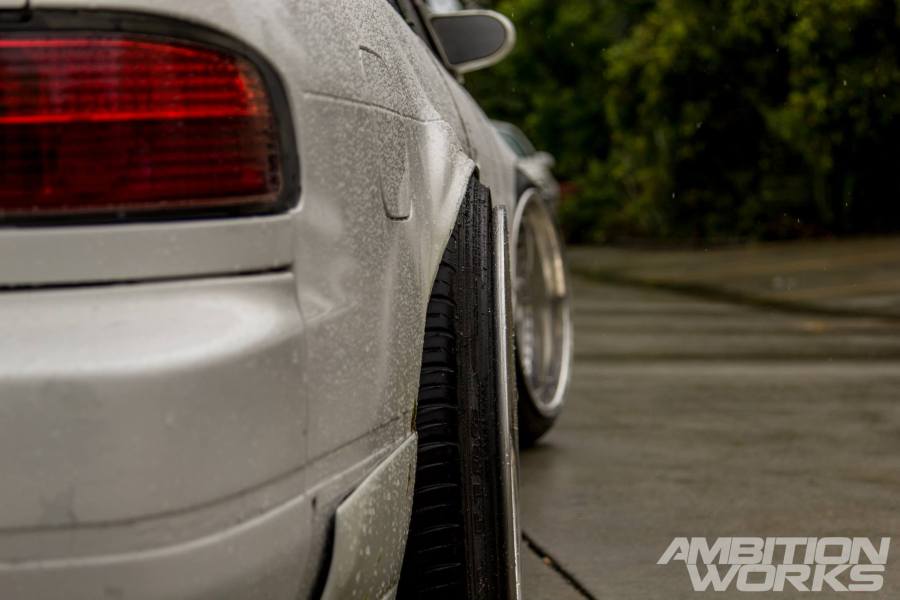 How about that fitment though? 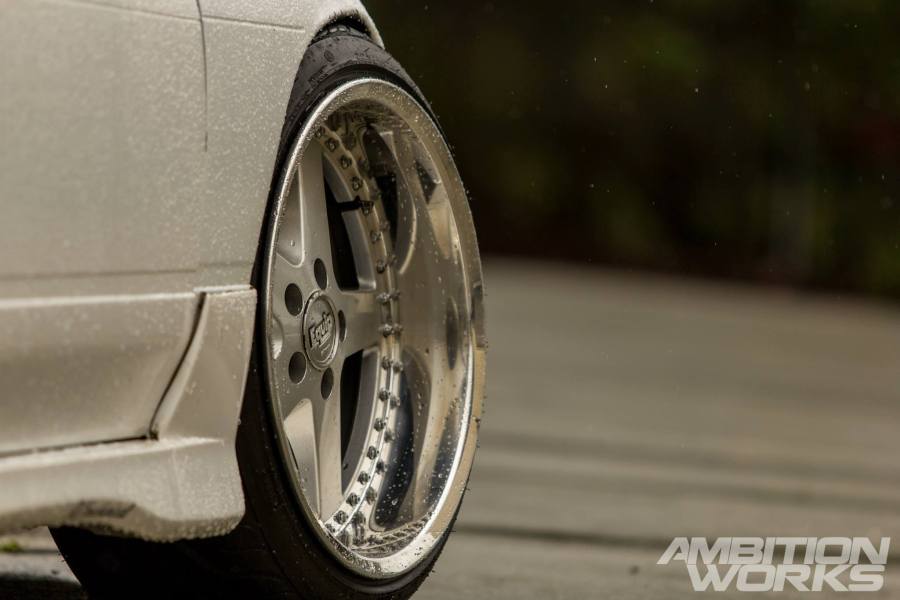 To get the desired amount of lock up that Zac wanted, Drift work lcas were installed as well as Peter kay knuckles. The old four stud that came with the S13s has been trashed and replaced with a full 5 stud conversion and upgraded R33 brakes. 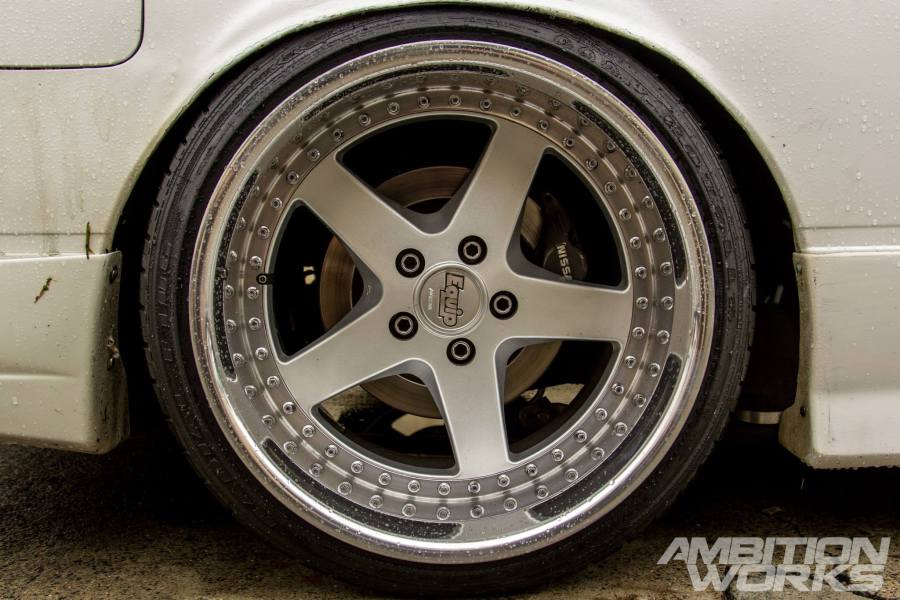 Between the car and the tarmac sit a full set of Work equip 05 wheels. Measuring a crazy 18×10 +4 up front and an even more impressive 18×11 +4 at the rear end. However the rear guards were pumped to fit the 11 inch wide work equips. 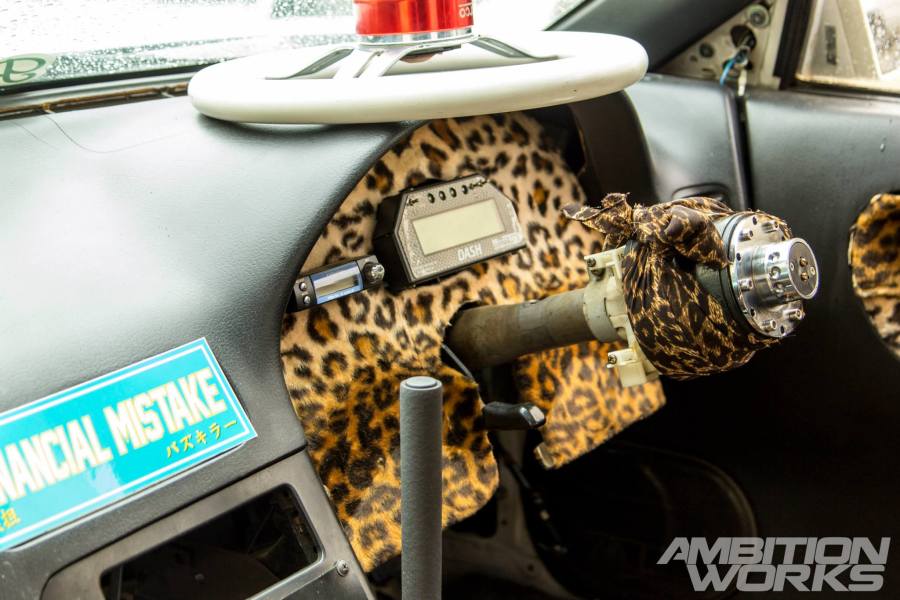 The interior – the control centre. The place where the magic happens. Zac’s gone with classy leopard print to spice things up a bit. He’s also installed a lollipop steering wheels and a sparco quick release kit. 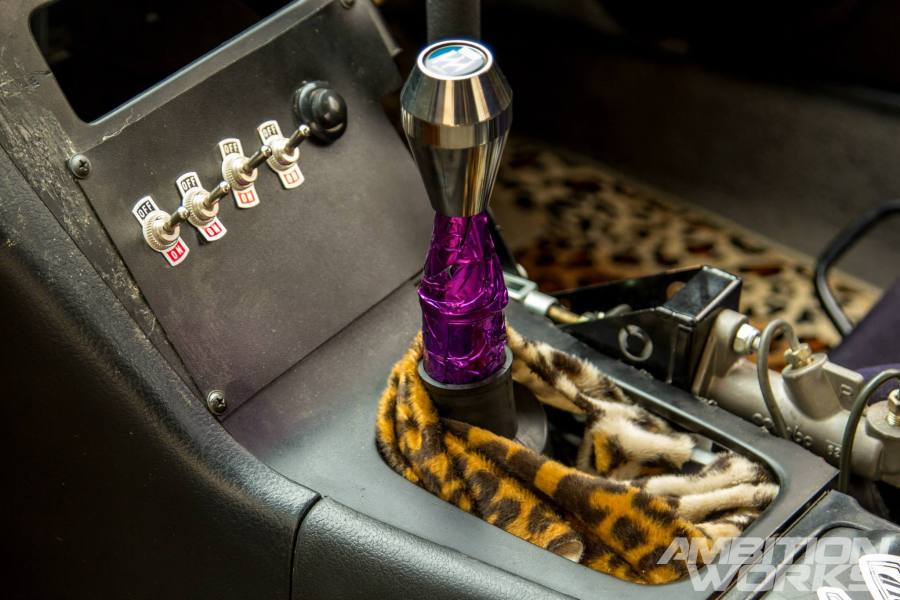 To help lock the rear wheels is a OMP hydro breaking set-up. Whenever you get into a car, do you just have a need to push buttons? These ones were just asking to be pushed! 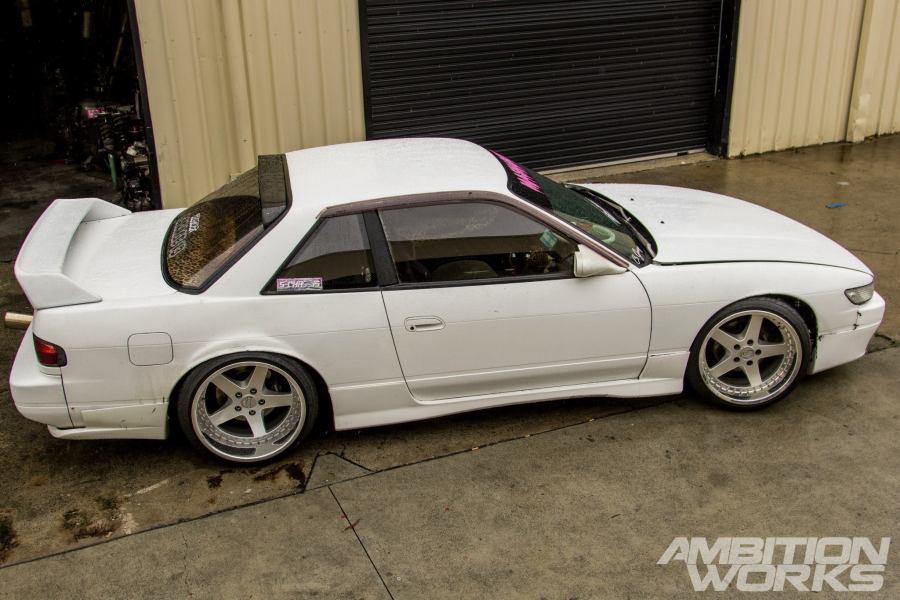 Cheers to Zac for setting us up with a sweet morning in Australia and look out for four more smaller Garage 13 features coming soon.